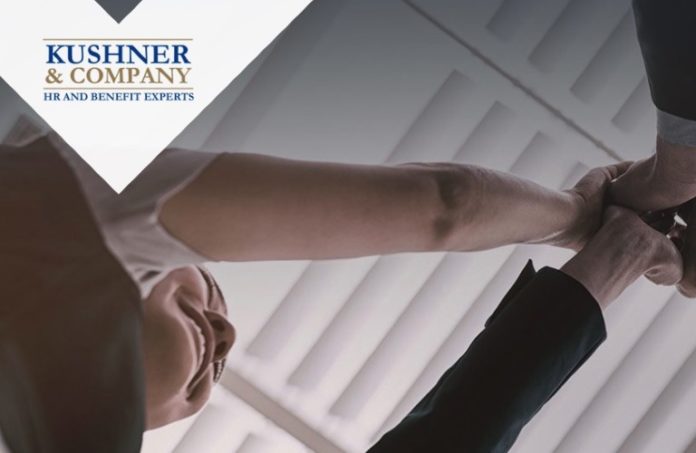 The day after the 2016 presidential election was when the “Oh-that’s-funny” Twitter moments became “Uh-oh-this-is-bad-for-business” Twitter moments for Gary Kushner — founder of Kushner & Company.

Not Kushner Companies, the real estate firm in Jersey City that was founded by Charles Kushner, who is the father of Jared Kushner, who is the husband of Ivanka Trump and thus the son-in-law of former President Donald Trump. You see where this is going.

“I woke up after Election Day in 2016 to something like 300 tweets,” Gary Kushner said. “This was at a time when we got three tweets a week if we were lucky.”

He wasn’t feeling lucky that morning. Most of tweets were not very nice. None were about HR issues. And they continue to this day.

“Some tweets over the past five years have been downright nasty,” he said. “Many were threatening.”

Gary Kushner said he made the decision in 2016 to respond to each tweet. He felt he had to.

“We’re trying to maintain our branding as a small business in Michigan,” he said. “So, we felt the need to respond via social media — usually saying, ‘We’re not related to the New Jersey Kushners nor to Trump or Ivanka or Jared. Here’s who we are.’”

This cleared up the issue. For some.

“I would say about a quarter of the folks would write back and apologize,” Gary Kushner said. “Some would delete their tweets. Others responded even more nastily. They would tweet back: ‘Oh, sure. You say that, but you really are them.’”

@KushnerCompany is an HR Strategy and Benefits Admin firm in Michigan and not related to Trump or Jared in any way. Please don’t use @KushnerCompany for anything to do with Trump. Thanks

Here’s the catch in all this: Kushner & Company deserves to get attention for what it actually does.

Kushner & Company started in 1982 as a small HR firm that handles third-party logistics. That was three years before Kushner Companies was founded, Gary Kushner says proudly. And, in the beginning, Kushner said he dreamed that one day the firm could grow its reach outside of Michigan.

Those who are regular viewers of “Dancing with the Stars” know that a Tom Bergeron used to be the host of the show. Yes, I was tagged on plenty of tweets intended for him. The best part of it: Apparently a lot of people were upset when he was let go as host. Nice to have fans in the twittersphere — even if they’re actually fans of someone else.

“Maybe to Indiana or Illinois or Wisconsin,” he said.

Today, the firm has more than 3,500 clients in 43 states (including New Jersey) and in six countries.

Kushner’s personal brand has grown, too. He is frequently quoted in the media — he has been in the Wall Street Journal and the New York Times and on CNN — and he has testified on employment benefit issues before the U.S. Senate Finance Committee, the U.S. House Ways and Means Committee and the U.S. House Small Business Committee.

This recognition only figures to continue. The need for HR advice has never been greater.

“Oh, my goodness, yes,” Kushner said. “In virtually every state, companies have to come up with COVID-19 policies: Who can work where? Can it be remote work? And what are our policies when returning to work when it’s going to be safe? It’s a very hot area.”

And, he said that, while his firm’s business still is overwhelmingly with small to midsize organizations, it does business in some way or another with about half of all Fortune 50 companies.

And, still … the confusion.

Gary Kushner remains good-natured about all of it.

It’s hard to be upset over honest mistakes, he said. He explains it this way: “Kushner Companies doesn’t have a Twitter handle. So, I think people just sort of look online, see Kushner & Company and tweet at us.”

For the record, Gary Kushner said he has never heard from Charles Kushner — or Jared Kushner. Or Ivanka Trump. Or Donald Trump. In fact, he’s confident they don’t know that he exists.

And, while he hopes the end of Trump’s term as president will bring an end to the Twitter storm, he knows that may not be the case. (ROI-NJ, in fact, found out about the situation when we tweeted at Kushner & Company on the tweet above, highlighting a recent hire by Kushner Companies.)

Going forward, Gary Kushner said the company will continue to respond to each mention. It’s not a political statement — he said he’s voted for both parties in the past — but, rather, a business necessity.

He sees no other choice. And that includes changing the company name. Something he admits he considered briefly, but was talked out of by a brand expert.

Then there’s this: If nothing else, the Twitter mistake does draw attention to his company — attention that brought it at least one new fan.

“When all of this started happening, we actually changed our profile description to describe who we were — and we included the fact that we’re not related to Jared, Ivanka or the Trump family in any way,” he said. “I had somebody tweet back that they were now following us just based on that in our header.”