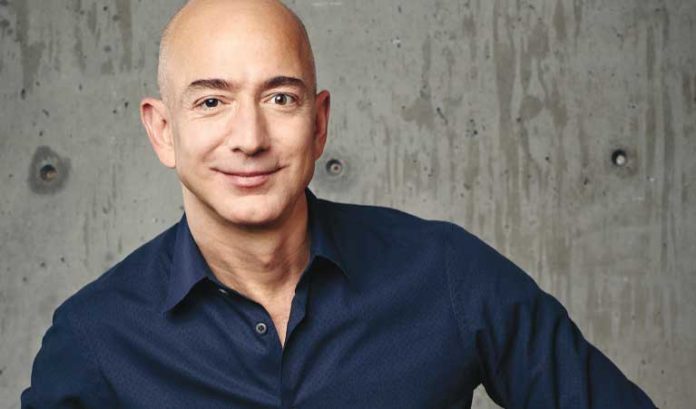 Amazon founder Jeff Bezos announced Tuesday he will step down from his role as CEO later this year — transitioning to executive chairman, which he said will enable him to spend more time on the Bezos Earth Fund, the Amazon Day 1 Fund, the Blue Origin spaceship company and the Washington Post.

Andy Jassy, the current head of Amazon Web Services, will succeed him in the role of CEO.

Amazon is headquartered in Seattle, but it is New Jersey’s largest corporate employer, with more than 40,000 employees at its 15 fulfillment and sortation centers and more than a dozen delivery stations — smaller facilities that help with last-mile delivery.

Bezos also is a graduate of Princeton University.

Bezos, who indicated the transition will come in the third quarter of this year, said in a letter to employees that he has full confidence in Jassy.

“Andy is well-known inside the company and has been at Amazon almost as long as I have,” he wrote. “He will be an outstanding leader, and he has my full confidence.”

Bezos said he will focus his energies and attention on new products and early initiatives.

Bezos has been the CEO of Amazon since its founding in 1995 as an online bookseller. It is now a $1.7 trillion global retail and logistics company, which has helped make Bezos one of the world’s richest and most influential businesspeople.

His impact in New Jersey is widely felt, as his sorting and distribution centers have helped make the case that the state is a national leader in e-commerce.

Amazon entered the state in 2014, with the opening of a 1.2 million-square-foot fulfillment center in Robbinsville. Its 16th fulfillment center — in Carneys Point in Salem County — is expected to open in time for the 2021 holiday season. It will bring an additional 800 full-time jobs to the state.

Amazon’s more than 40,000 employees would be good enough to top the state’s three traditional employment leaders — Wakefern Food Corp., Hackensack Meridian Health and RWJBarnabas Health — all of which have approximately 36,000 employees.

The only organizations that are believed to employ more are the state itself (approximately 70,000) and Joint Base McGuire-Dix-Lakehurst, which is believed to have just over 40,000 employees.