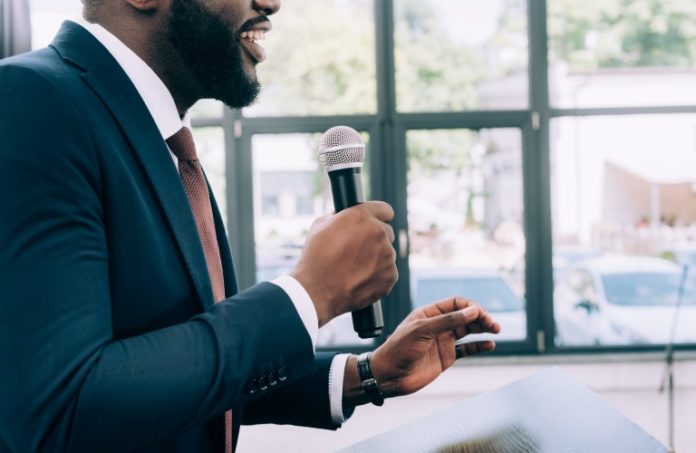 My daughter is part of a group called Tools & Tiaras. It’s an organization run by Judaline Cassidy, a Trinidadian woman who is a proud union plumber in New York City. Her goal is simple: She wants to teach young girls that women — particularly women of color — can make a career out of work in the trades.

Cassidy represents someone you don’t see very often these days, making it quite a challenge to make an impression on those young minds.

“You have to see it to be it,” Cassidy says — holding herself up as an example, one young girl at a time.

Now, imagine trying to convince a generation of young entrepreneurs of color that they can be the CEO of a global company.

This is the challenge that needs to be recognized by business leaders, education heads and government officials across the state of New Jersey.

When Ken Frazier retires as CEO of Merck later this summer — an announcement he made Thursday morning — there only will be three Blacks running Fortune 500 companies in the country. None in New Jersey. And the numbers aren’t much better for Hispanics, Asians and the gender that makes up more than 50% of the population: women.

John Harmon, the CEO of the African American Chamber of Commerce of New Jersey, said this needs to change.

“This is a joke in America,” he said. “You have all these corporations, and only three Blacks that’s in the top seat right now. That’s a joke.”

So says Dale Caldwell, the executive director of the Rothman Institute at Fairleigh Dickinson University.

Caldwell is leading the institute’s efforts to support, promote and research family, veteran and student entrepreneurship — doing it while presenting his research on the relationship between the “Entrepreneurial Mindset” and innovation in the private, public and nonprofit sectors.

“Role models are so important in any community, but particularly in the African American community because of things that have gone on in the past,” he said. “There are so many people that we don’t hear enough about. And Ken Frazier is one.”

Frazier has been the chair and CEO of Merck for a decade — and worked at the company for nearly 30 years.

Caldwell said the climb to the top needs to be appreciated.

“People don’t understand the challenge that he had to go through to get to that level of leadership,” he said. “It’s extraordinary. And it’s not about racism, as much as it is about what I call influencism. The fact that people are influenced by the fact they’ve never seen a pharmaceutical CEO who’s Black.”

Frazier has been rewriting that narrative.

As well as this one: It’s OK — actually, it should be encouraged — for CEOs to be known as much for their social sensibility as their business acumen.

“Sometimes, people are corporate citizens, but only through their company,” Harmon said. “Frazier wasn’t. He did it from a personal standpoint. He stood up to President (Donald) Trump, he got involved in Penn State with the child-abuse scandal, he helped a guy on death row get exonerated. Many guys don’t have time for that man once they reach that level.”

The biggest reason: Doing so comes with risk — particularly for a leader of color, Harmon said.

“Ken Frazier is a class act and a consummate professional leader,” Harmon said. “One of the things that set him apart is that he didn’t subscribe to the theory: ‘Go along to get along.’ He marked his own course.

“For a Black guy running a global company, that’s amazing.”

So, where do we go from here?

Harmon is doing his part. No organization in the state is providing as many tools — and access to capital — to help Black-owned companies grow and prosper.

Caldwell is doing his part, too — giving the next generation of business owners the tools they need to succeed.

Both, however, said everyone needs to do more to highlight the successes of people such as Frazier.

“We need to look up to him as someone who reached the pinnacle,” Harmon said. “He shattered the glass ceiling and sustained it. He wasn’t a one-and-done guy. He has been at Merck for a long time. A lot of young Black men and women can aspire to that.

“I’ll say this to my Black brothers and sisters: As we look up to athletes who do great things in sports, as we think about people who are really representing us as professionals and as advocates fighting for everyone, Ken Frazier needs to be similarly recognized.

Caldwell agrees. It’s why he brings Frazier up in classes. Most students, he said, are not aware of his achievements.

“I’ll bring them up because I’m aware of him,” he said. “But we’ll talk more about Kanye West then we will about Ken Frazier. And, frankly, in my book, there’s no comparison.

“Just because someone’s popular doesn’t really make them competent. To get to that level of Corporate America, you have to be competent, no matter what color you are. And to be among the first to do that is really an extraordinary accomplishment that I don’t think we celebrate enough.”

You need to see it to be it.