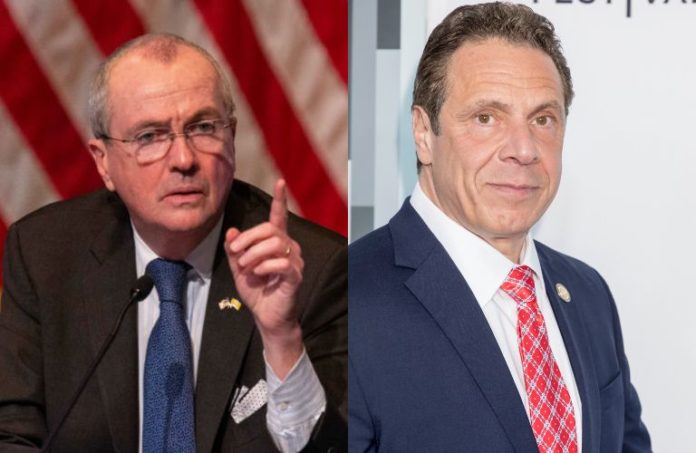 At approximately the same time President Joe Biden and Congressional leaders were pledging to fast-track a $1.9 trillion stimulus package, Gov. Phil Murphy and New York Gov. Andrew Cuomo were making their asks of what could be a windfall of money headed to states: Our states deserve more aid than others, they said.

It wasn’t meant to be selfish, the two Democrats said — it is just an honest assessment based on what they consider a factual premise: New Jersey and New York were hit harder by COVID-19 than almost every other state, so they deserve a bigger share of the $350 billion that Biden’s proposal has set aside for state governments.

And, one more thing: They want the SALT limitation lifted ASAP, too.

“The question is fairness in the distribution of the $350 billion,” Cuomo said. “That $350 billion goes to Congress … that’s the next chapter in this story.

“I believe that it is factually inarguable that New York, New Jersey, Connecticut paid a higher price for COVID than other states in other parts of this country. That is just a fact.”

Cuomo said pandemic relief funds can be seen in the same way as disaster relief appropriation.

“We were clobbered along with you and Connecticut and the metro New York region — and that must be taken into account,” he said.

Murphy also stressed the need to repeal the SALT cap, saying it was done completely based on politics.

“We’re already over disproportionately giving more to Washington than we get back from Washington to begin with,” he said. “We’re happy to do that, if it’s a fair deal. But this deduction cap made that deal a very unfair deal — double-taxation — prioritizing other parts of the country ahead of our region, prioritizing the very wealthy and the biggest corporations over working families.

“So, it is high time that this thing gets taken off the books; the longer it stays on, the more people are going to get hurt. I think in New Jersey alone, it’s $3 billion out of the pockets of our homeowners.”

Murphy: Reopening rules likely will apply statewide, not by region