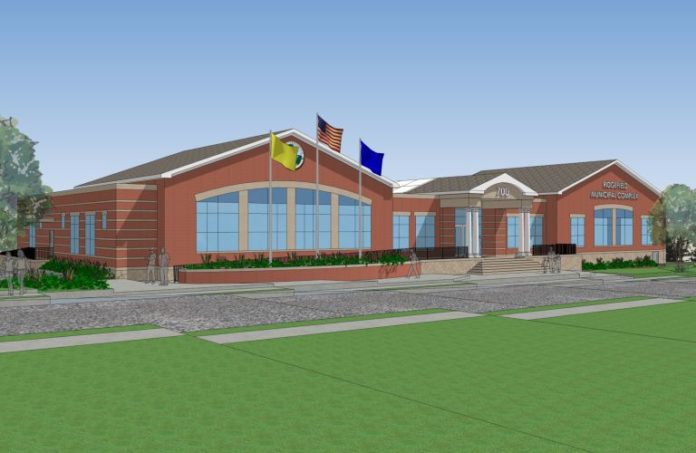 The 27,000-square-foot building, designed by DMR Architects, will house the borough’s administrative offices, municipal/court chamber, and the police and building departments. The new municipal complex was designed to symbiotically coexist with its natural surroundings, incorporating the land’s topographic gradation and maintaining the nearby Wolf Creek tree buffer.

The complex will be constructed with energy efficient materials and technologies, and will include a new streetscape and a pocket gathering spot at the corner of Shaler Boulevard and Slocum Avenue. The new location strategically anchors the project to the Shaler Boulevard commercial zone, facilitating economic development and providing proximity to the community center. This facility will replace the existing Borough Hall, which is plagued by inefficiencies, officials said.

“This project will address the borough’s needs for a modern, safe and ADA-compliant facility, gratify residents with a new asset to the community and serve as a bookend anchor of the Shaler Avenue downtown that we are seeking to improve and expand,” Suarez said.

Charles Sarlo, partner and general counsel of DMR Architects, said the firm is eager to begin.

“Ridgefield’s governing body has long recognized that it made economic sense to develop and construct a new municipal complex rather than continuing to put taxpayer money into a facility that has outlived its useful life,” he said.