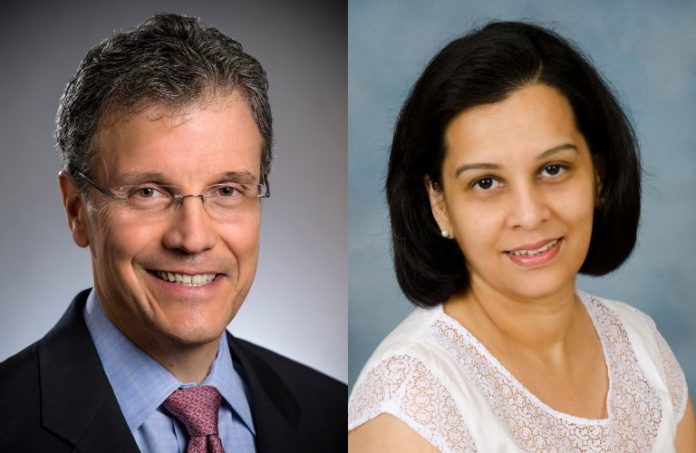 When it comes to addressing the lingering effects of COVID-19 infections, New Jersey hospitals are as much in it for the long haul as their patients.

Half a year after some of the region’s major medical systems started launching programs designed for patients who mysteriously couldn’t shake symptoms months after being ill, leaders of these programs say they still lack many answers.

That’s not to say these institutions have made no improvement in dealing with some of the chronic conditions that can endure in patients — they are. But, in the months since the long-term symptoms associated with COVID-19 were first identified, spurring the creation of dedicated recovery programs locally, experts haven’t been able to come up with an all-encompassing treatment plan.

Hackensack Meridian Health‘s COVID Recovery Center was the first program to start focusing on this syndrome in the state, and the second across the entire Northeast. Dr. Laurie Jacobs, chair of the Department of Internal Medicine at Hackensack University Medical Center, said one of the issues facing her organization’s dedicated center and others is that the underlying cause of persistent symptoms after COVID-19 infections is unknown.

“It’s still the focus of a lot of research,” she said. “The basis is thought to be due to vascular damage and an autoimmune problem, in which the body develops an allergy to tissues.”

It’s also not clear what percent of individuals will have fatigue, headaches, shortness of breath and other symptoms shadow them after their body is finished battling the initial illness. Jacobs said they’re dealing with a minority of COVID-19 cases, perhaps around 5%.

Multiply that by the number of people who have been infected in New Jersey and elsewhere, however, and that’s a lot of people, she added. That’s part of why these recovery centers won’t soon lose their relevance.

Yet another reason is how far beyond the usual course of illness those dubbed “long-haulers” are experiencing symptoms.

Dr. Fred Cerrone, a pulmonologist associated with Atlantic Health System, which has its own Atlantic COVID Recovery Center in Cedar Knolls and Summit, said that can be three to six months sometimes — nearly as long as the spread of the coronavirus has been in full swing in some areas.

“And these patients really had nowhere to go throughout part of last year,” Cerrone said, adding that a lot of these patients fruitlessly searched for answers from primary care physicians in the meantime — and sometimes were left feeling hopeless about their symptoms.

As might be expected, people are suffering from anxiety and depression after the trauma of their brush with the pandemic’s deadly virus in a manner that may warrant behavioral health services. But Cerrone will tell you that what long-haulers are experiencing — it isn’t at all just in their heads.

“You can have oxygen levels monitored while these post-COVID patients are walking, and their oxygen level just plummets,” he said. “We can see their fast heart rates, too. … Some people have experienced hair falling out, others have odd rashes or neurological symptoms such as an electric feeling in the arms and legs.”

The persistent symptoms patients can experience are diverse, but those helping them manage symptoms in local recovery centers say they most commonly encounter is an intense fatigue that comes and goes, as well as what has been described as a “mental fog.”

Local physicians in COVID-19 recovery centers said the syndrome resembles other long-term illnesses, such as chronic fatigue syndrome — a condition also known as myalgic encephalomyelitis, for which there is also no diagnostic test or cure.

Cerrone said health systems such as Atlantic have the tools to help manage illnesses that might bring a wide range of problems for patients and require a multidisciplinary approach from health practitioners.

“But, as for treatment, I cannot tell you there’s been one ‘aha’ moment for these patients,” he said. “So far, we haven’t found a singular solution, just individual approaches based on the symptoms that are being experienced.”

One of the more recent insights from the work that’s being done at local recovery centers — which only really deepens the mystery — is that patients are experiencing physical symptoms that are out of proportion with what radiology scans or other diagnostic tests show.

“After their initial illness, their imaging might be really improved and their lung function test might be OK, but they’re still short of breath when they go about activities,” Jacobs said. “One person said, ‘I feel, just walking across the room to the bed, like I’m walking a whole block.’”

With no cure available, COVID-19 recovery centers resort to working on gradual improvements for patients, particularly in tandem with physical therapy teams that can help increase the ability of fatigued long-haulers to be physically active.

After several months of working with these patients, leaders at these recovery programs can be the first to attest: There’s going to be high numbers of people stricken with this long-term illness that have difficulties resuming work life.

Jacobs anticipates the condition could cause some strain on the system, but she doesn’t have the complete answer — because the data hasn’t composed a complete picture.

“I gave a presentation in November to the Social Security Administration at their request, along with four other centers in the country,” she said. “They were very interested, even before the NIH, in the reports of individuals experiencing, for instance, this fatigue syndrome. Their concern is — are there going to be many more Americans who require disability in the coming years?”

Jacobs explained, based on what she’s seeing, that some patients will find themselves impaired from returning to their prior occupation.

“But, my hope is that people will fully recover, and that we’ll identify treatments to help them and lessen the burden from this,” she added.

Dr. Nilam Srivastava, a primary care physician involved with the recovery program introduced at Saint Peter’s Healthcare System, said it’s important to remember that this condition can strike people who were not hospitalized with COVID-19, and may have only had what’s defined as a mild illness.

It also cuts across all demographics, even if what her institution’s program has seen the most of is those between the ages of 40 and 65 years old among the 500-some patients that have been introduced into the program.

Srivastava said it’s possible those work-aged individuals will take a long time to return to their occupations, which adds to the already high levels of stress they’ve been pummeled with.

That’s why she believes it’s important for those aiding in the recovery of these patients to convey that there are resources out there to help — and that the experience of other patients at recovery centers should not leave them feeling hopeless.

“I would say most of the patients seem to have recovered, even if they’re taking a long time to do so,” she said.

Another positive trend is the cross-collaboration that the task of confronting COVID-19’s long-term impact has inspired at medical centers.

“Many people have joined forces,” Jacobs said. “We’re all trying to see patients off of treatment as best as we can. We’re collaborating on trials and treatments for that. It’s a national effort.”