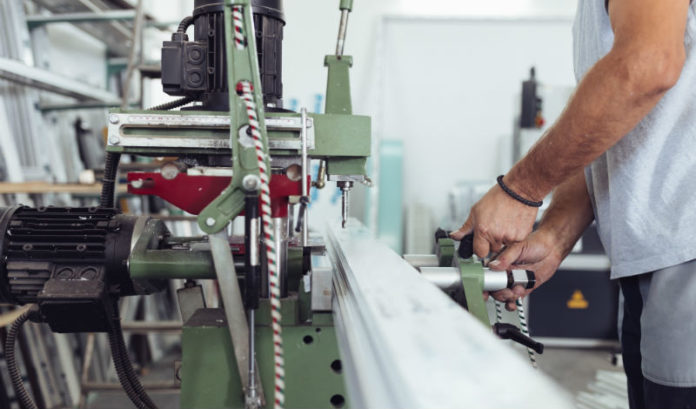 Here’s what they say it really means: 1 million middle-class jobs in the next five years. New Jersey, a strong union state, figures to greatly benefit.

Rep. Donald Norcross (D-1st Dist.), a proud union electrician, said the bill will help those who were just like him — people who are ready for apprenticeships programs, but not necessarily a fit at other higher education institutions.

“I went to that other four-year school, an IBEW apprenticeship program, and it shaped my life,” he said.

The bill, which authorizes $400 million for fiscal year 2022, an appropriation that increases by $100 million annually to $800 million by 2026, now heads to the Senate, where it is expected to be brought to the floor. A similar bill, passed last November, did not succeed.

House Majority Leader Steny Hoyer (D-Md.) said he’s confident the bill will be heard — and passed — this time around.

“With a new Democratic Senate majority, I am hopeful that this important legislation will receive the consideration it is due,” he said. “And I am confident that, if sent to the president’s desk, it will be signed into law.

“President (Joe) Biden and House Democrats share the view that expanding apprenticeship programs ought to be part of our effort to build back better from this economic crisis and help more Americans access the training needed for successful careers in industries with high demand for workers with the requisite training.”

Norcross and Reps. Mikie Sherrill (D-11th Dist.) and Albio Sires (D-8th Dist.) were three of the bill’s more than 90 co-sponsors.

The program would provide the type of training Gov. Phil Murphy has talked about since he campaigned for the office — training that has the full support of state Labor Commissioner Rob Asaro-Angelo, New Jersey Manufacturing Extension Program CEO John Kennedy and numerous labor leaders across the state.

Proponents say the bill would:

Greg Lalevee, the business manager of the International Union of Operating Engineers Local 825, welcomes the legislation. Lalevee said apprenticeship programs have long been a key to building a foundation of success in the trades.

“Apprenticeships are the most vital of workforce development tools,” he said. “They have helped the operating engineers manage changes for more than 100 years, because change is managed best through robust training programs.

“There’s no better entrance into a skilled trade than having craft veterans pass down knowledge gained through years of experience to the next generation of workers. So, we fully support legislation such as this.”

“This legislation will help us provide opportunities to the millions of workers and their families who are out of a job due to COVID-19 and looking to reset their careers in order to reach for greater economic security,” he said. “I urge the Senate to join us in passing this legislation, and I hope we can see it signed into law by the President soon.”

Newark to London in less than 4 hours? United’s new deal...