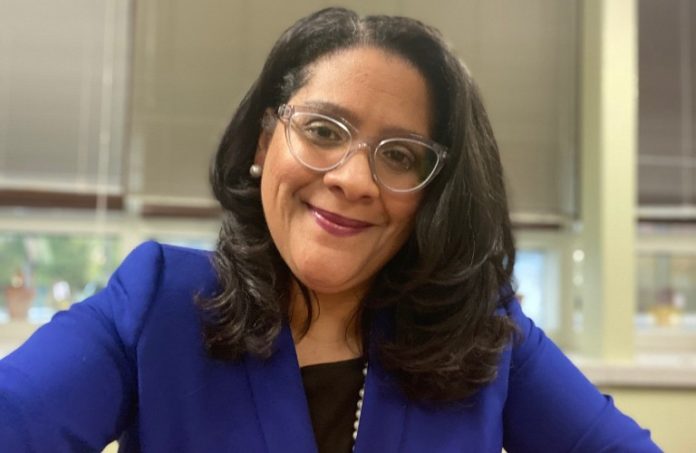 Sixty people have held the position of U.S. Attorney for the District of New Jersey — but only once has the job been held by a woman. And it never has been held by a person of color.

Seven of the top bar associations representing underserved populations leaders want to change that — and feel they have found the perfect candidate in Passaic County Prosecutor Camelia Valdes.

“We are aware that there will be emerging candidates being considered for the position,” they wrote. “We write in solidarity to request that President (Joe) Biden, Sen. Menendez and Sen. Booker strongly consider Passaic County Prosecutor Camelia M. Valdes for the position of United States Attorney for the District of New Jersey.

“It is critically important that New Jersey select a new U.S. attorney who leads the office with ability and integrity, as well as embodying the values of diversity and social justice.”

The groups feel Valdes is overwhelming qualified for the position. Among her achievements:

Born to Dominican parents in the Bronx and raised in Newark, Valdes is a product of the Newark Public Schools. She received her undergraduate degree in sociology from Seton Hall University in 1993, her law degree from Rutgers Law School-Newark in 1996 and her LL.M. in trial advocacy from Temple University School of Law in May 2001. She is an active life member of Alpha Kappa Alpha Sorority.

Valdes also is the mother of two teenage daughters with autism — and endeavors to raise awareness about autism.

The job as state’s attorney has been open since Craig Carpenito, appointed by President Donald Trump, resigned following Trump’s defeat by Biden — as is custom.

The office has had a number of noteworthy leaders in the past, including U.S. Supreme Court Justice Samuel Alito, Michael Chertoff, Paul Fishman and Christie. Richard Stockton was the first to hold the office, having been appointed by President George Washington in 1789.

Faith Hochberg, who was appointed by President Bill Clinton in 1994 and served until 1999, is the only female to hold the post — though Rachael Honig currently serves as the acting head.

The group feels Valdes’ work in Passaic makes her a strong choice to fill the position.

“As the country wrestles with social and criminal justice reform, Prosecutor Valdes has led the Passaic County Prosecutor’s Office with fairness and integrity,” they wrote. “Passaic County has one of the most diverse populations of the state, consisting of 38.9% Latinos and 14.7 % African Americans.

“As a result of her proven record of success, she is serving her second term as prosecutor. Her leadership, work ethic and integrity have been recognized by law enforcement organizations as well as community, professional and industry organizations, both in New Jersey and at the national level. Prosecutor Valdes’ recognition is a true testament to a prosecutor who strives for justice and leads by example.”

The letter in support of Valdes was signed by: