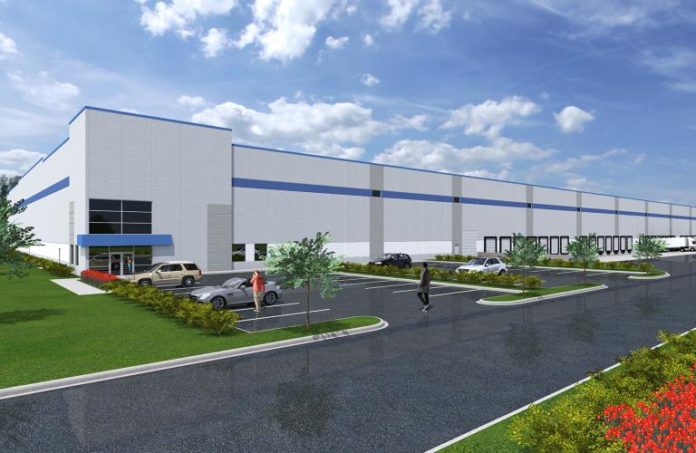 Bridge acquired the 24-acre site — previously home to a manufacturing facility — in December 2020. The modern, Class A facility will feature 40-foot clear heights, 58 rear-loading docks and ample parking for up to 160 cars and 94 trucks.

Construction commenced in January and is expected to be completed in the third quarter of 2022.

“We’re excited to transform this once-dilapidated site into a state-of-the-art industrial facility situated strategically to service millions of residents in both New Jersey and New York,” he said. “This project would not have been possible without the support of the township of Belleville, and we’re very thankful for the cooperative and successful relationship we have been able to establish with the many municipal offices involved. We look forward to bringing a new, modern Class A facility in this prime infill location to users looking for a place in the thriving Meadowlands market.”

The site is strategically located in the heart of the Meadowlands West region, offering highway access to Route 21 and Route 3. Additionally, the finished facility will be situated within six miles of the Lincoln Tunnel and within four miles of Interstate 95, acting as a critical hub for delivery to New York City and the surrounding region. Tenants at the development will be able to leverage its top infill location in the Meadowlands market to service 10 million residents within a mere eight-mile radius.

Jerry Putterman of Newmark represented Bridge in the acquisition of the site.

C&W inks 5 leases at Class A office building in Old...