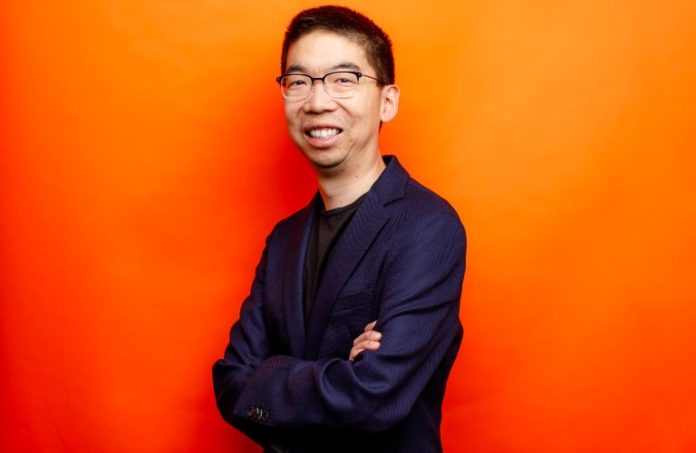 Andrew Toy, president of Clover Health, says all the right things about the health insurer specializing in Medicare Advantage that is based in Jersey City — and does the great majority of is business in the state — but has dreams of being a national player.

For starters, Toy does not necessarily describe Clover Health as a health insurance company.

The company does this with its Clover Assistant software — something it willingly gives to health care professionals for free, but something for which it says no other company has an equivalent.

The software — Clover also can be described as a technology company, Toy said — helps Clover improve care and reduce costs.

“The entire philosophy we have is, rather than trying to just move people around between doctors or having a narrow network that says, ‘Go to these docs,’ our philosophy is, ‘We have to let people go to the doctor they’re comfortable going to,’” he said. “It can’t be, ‘Everyone just go to System A or System B.’ It doesn’t work that way. What we have to say is, ‘Go to the doctor you’d like to go to.’ We’re going to give you a wide network — and then we’re going to give software that’s going to let your primary care doctor take better care of you.

“So, we’re basically improving the care you’re getting by giving the doctor our software, versus selecting the doctors we like and trying to get everyone to go to those specific doctors. That wide network with software is our approach to how we bring great care to everyone.

“That’s what makes me excited about doing what we do.”

Others are excited, too.

That offering was not without issue. Some on Wall Street felt all information was not properly disclosed. Garipalli and Toy gave a lengthy response (see it all here) and said its opening remarks in the response would stand as its comment on the issue:

“Clover welcomes questions about our business, as it gives us the opportunity to share our vision and to address any skepticism, whether founded or unfounded. As you will see from our detailed, point-by-point response to the short seller firm’s questions, the alleged ‘report’ is rife with ad-hominem attacks, sweeping inaccuracies and gross mischaracterizations. Importantly, the short seller firm did not contact Clover, and we had no knowledge of the short seller report prior to it being made publicly available. In our view, it belies a desperate attempt for publicity while sacrificing any regard for the truth.”

Toy talked with ROI-NJ about the company and its hopes. Here’s a look at the conversation, edited for space and clarity.

ROI-NJ: So, you’ve got a better plan for care for seniors choosing Medicare Advantage. And, while some will welcome it, others will be skeptical — as many are with many new ideas. And some seniors will fear they will have to change their doctors — or force their doctors to use the Clover system. Break down how Clover Assistant works and whether seniors have to use it to be a part of Clover?

Andrew Toy: If the customer is getting personalized, data-driven care, we are happy. It’s good for them and it’s good for us because, when you get data-driven primary care, you get better outcomes, which means lower costs for us. That’s good for us as a business. So, if the doctors are using something that is really good, we’re good.

But, most primary care physicians don’t have very good software, honestly. This is the issue. If everyone had great software already, we would just sit back and be done. But doctors generally hate their electronic health records medical system.

So, we tell them: ‘We’ve got a bunch of doctors using Clover Assistant. Our net promoter score is in the high 50s, low 60s, which is similar to Netflix, versus a negative score, which is what most EHRs have. We bet you’re still super skeptical, so let us just demo it for you to show you how it was built.’

It’s not built for billing. It’s not built for forcing doctors to do documentation. That’s what doctors think of when they’re using software. We say, ‘It’s built to help you give better care.’ And, once we demonstrate it, the vast majority of the time the doctor is like, ‘Cool, I’ll give it a try.’

ROI: That’s a great statement: Built to give better care. How?

AT: We’re the payer; we’re the health insurance company. We have a lot of data that you would think a doctor would have, but they don’t. We’re not trying to replace the doctor, we’re trying to give them access to information that makes them better. A simple analogy is, ‘We’re not building a self-driving car, we’re giving doctors lane-change sensors and blind-spot warnings and parking assist.’ They’re still driving, but they have better sensors now.

Here’s a medical example. When someone has diabetes, it’s very standard for the doctor to prescribe Metformin. If, three months later, the patient comes back and their blood sugar is still not controlled, the doctor might think Metformin’s not working, and write the next level drug, which is stronger and has more side effects. We can tell that doctor, ‘We know you wrote a prescription for Metformin, but we see they never picked it up, because we’re their health plan and we don’t see a charge.

Now, people would think, ‘Shouldn’t doctors have that?’ Yes, they should. But doctors just don’t have that integration with the pharmacies. There’s no way to get that data across. Because we know we didn’t pay for the drug, we can share that very simple piece of information. And, suddenly, the doctor is more informed. And the care pathway is very different.

ROI: Let’s talk business model and business outlook. How many customers do you have? What percentage of those are in New Jersey — and where else do you sell?

AT: We have approximately 57,000 customers (as of December 2020). Around 90% of our business is in New Jersey. We have customers in 18 counties (it is not in Sussex, Warren or Cape May counties). We also do business in Pennsylvania, Georgia, South Carolina, Tennessee, Mississippi, Arizona and Texas.

ROI: Whom would you consider your biggest competitors?

AT: We don’t see it as other insurers. The biggest competitor we see is making sure physicians know what value we provide. Once physicians understand Clover Assistant, almost everything else good will come from there.

What we’re really competing against is the idea that you go with what you know — what has worked before. The fee-for-service model is the biggest competitor we have. We want to bring our model to the people who are on original Medicare. Direct contracting, which is coming, will let people who are remaining on original, government-run Medicare to be able to be managed using Clover Assistant, starting April 1. It’s a new program in the government. We’re super excited.

ROI: Still, you need to get the word out to grow your subscriber base: Are you going through health systems, insurance brokers, directly to seniors — or something else?

AT: Most Medicare Advantage plans grow by very tight partnership with providers. We want to grow through our value proposition straight to the member. The way we market it is: When doctors use Clover Assistant — and over 60% of our membership goes to a Clover Assistant doctor right now — we see a very significant improvement in our medical-loss ratio, which is the ratio between our premiums and what we pay. It’s more than a 10% improvement. That’s a big improvement in medical efficiency.

We’re not denying care, we’re getting more care, typically, and at lower cost, because we’re efficient. We then put a lot of that back into the system to lower the out-of-pocket costs for our seniors. Medicare is not free. It’s just, your insurer becomes the government, or your insurer becomes Clover: There are still copays, sometimes there are premiums, and there are drug costs.

We like to present a grid against the other plans. And, what we say is, you can get affordable care, great care, personalized with Clover Assistant. That’s our marketing message directly to the seniors and to brokers.

ROI: How will that message be delivered?

AT: We’ve been very conservative on brand spend — billboards, radio, TV — and much more on direct messaging. If you’re a senior, you should be getting our fliers, our comparison to other plans or Medicare manual is typically a very direct message.

ROI: Sounds like a lot of work. How many employees do you have now — and how will that grow when the company attempts to scale?

AT: We’re around 400 employees right now and we’re in 108 counties right now. We don’t really need to hire a lot more employees. That might change, but we are very scalable, because we scale up with software and giving out our software to all these markets.

Our direct mail spend may go up. And, I think you will see us have more ground game on brand. I want to do more of that. And, now that we’re public, and we got a lot of capital, I think some more reps in ground game will be valuable for us, but we have a very good feel for scaling efficiently.

ROI: Would that scaling include using Clover Assistant for more than just Medicare?

AT: We have nothing to announce about doing that. We love working with people with chronic disease; we think they’re underserved. And that tends to be concentrated within the senior population. So, I will say that we are trying not to be distracted. There’s so much opportunity in Medicare itself, it’s a $1.2 trillion business.

AT: I think it would be really interesting. I come from a software background; that’s what I do. So, I think it’s balancing going after what we think is a very gettable growing core, Medicare, and balancing that with, ‘OK, how many other fires can we have at the same time?’

AT: I would say that we want to focus on telling our story as to why we are different. We are software-driven, we’re very different than other options. Even if you’re going to do one of those, fantastic. But you should also work with our model, because our models have interesting and different ways to deliver care.

We believe in open markets. We believe people should be able to pick the plan that’s right for them separate from the provider they go to. At the end of the day, we’re just a payer, we’re not a provider.

14 cannabis companies awarded licenses by N.J. in next step to increasing industry

Your hospital stay — at home

Murphy on the Hub: ‘We will put on clear display and under one roof everything that N.J. has to offer’