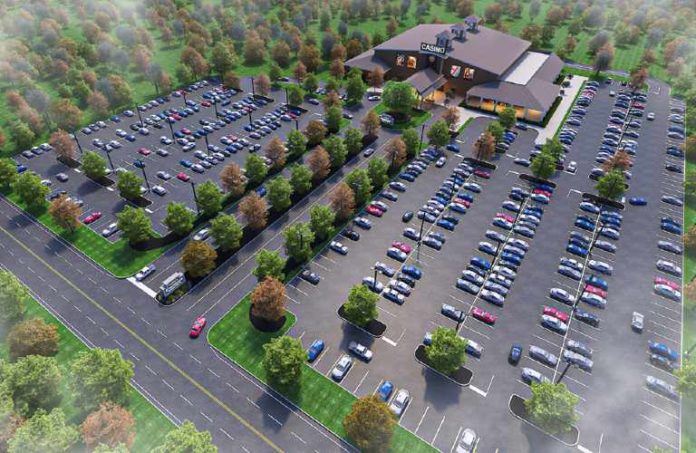 Jack Morris is enough of a businessman to acknowledge his arrangement with the Shinnecock Nation — one that announced plans Wednesday for what will be known as Shinnecock Casino Hamptons on the eastern end of Long Island — could eventually lead to a number of additional business opportunities.

It’s one of the reasons why Morris and Tri State Partners, a group that includes Joe Jingoli, were interested in working with the Shinnecock Nation.

But Morris also is enough of a humanitarian to understand the first goal of the project is to help a Native American group that has been pushed aside and held down for too long. Literally centuries.

“Everyone says, ‘How did you get into this?’” Morris asks, then answers. “I don’t play golf. I don’t go to the beach. My family likes to be in the Hamptons in the summer. So, what am I going to do?

“I befriended the Shinnecock people. I got really close to them. And I found they’re just wonderful people that have been mistreated. This is really their land, it’s their territory.”

Morris, who is one of the owners of the Hard Rock Hotel & Casino Atlantic City, knows there has been some backlash from locals in Long Island over the casino project — a 76,000-square-foot Class II facility that Morris said will break ground this summer.

Morris said he’s stunned by it.

“People around here are saying, ‘It’s going to make more traffic; it’s going to make it tougher on us,’” he said. “Really? They were here before you. And you took their land. It’s incredible how people think.”

You have to see it to believe it, Morris said.

“You come out here and see people living in multimillion-dollar homes worth $20 million-plus,” he said. “And then, a block away, you drive onto their territory and it’s poverty.”

Someone needed to step up, Morris said.

“I think a lot of people would like for the state to step up and finally treat the Shinnecock Nation the way they should have been treated and dealt with many years ago,” he said. “But they didn’t. They fought it.

Morris, the founder and CEO of Edgewood Properties in Piscataway, the founding chair of RWJBarnabas Health and chair of the board of RWJ University Hospital in New Brunswick, talked with ROI-NJ about all things casinos — on Long Island, in Atlantic City and maybe elsewhere.

ROI-NJ: Let’s do a little more on the Shinnecock Casino Hamptons. Talk about the partnership.

Jack Morris: This will be a real partnership. I don’t think they’ve ever had a real partner, like they now have with our family and the Jingolis and the Seminole tribe, all of which will be helping them.

In the past, I think everybody wanted to pick their pockets. People look at them and they think, ‘We can take advantage of them.’ I think that’s what has really prevented from this happening before.

ROI: Talk about how the arrangement will work — and how is it different from the Hard Rock?

JM: We don’t own this property. With the Hard Rock, we own the property and we own the business. This is theirs. We’re their partners. We give them guidance. We will help them build, manage, finance, whatever they need.

Obviously, we’ll have to loan them money, and, hopefully, we’ll get a return on our investment. But this is really about helping the Shinnecock people.

ROI: Of course, the partnership could grow.

JM: There’ll be other opportunities. Once they start making real money, there’ll be other investments that they may want to get into. Restaurants. Hotels. There could be other casinos. Their territory is basically all of Long Island. So, there’s nothing stopping the Shinnecock Nation from expanding, buying other properties and putting it into a trust.

ROI: Before we get too far ahead, let’s talk about Shinnecock Casino Hamptons, which will be a Class II facility, meaning it will not have a commercial license. Talk about that impact?

JM: We will have some table games, like Texas Hold ’em and other gaming. But, essentially, it means the patrons are playing against each other instead of against the house.

There may be an opportunity down the line, if the governor and legislature decide that they want to make a deal and do a commercial license. That would mean more revenue for the state.

ROI: You’re planning on breaking ground this summer; how long until a grand opening?

ROI: The grand opening gives a great transition to the grand implosion: Trump Plaza went down Wednesday morning. What will that mean to Atlantic City?

JM: It was really great to see them taking that eyesore down. It was a safety hazard, and an eyesore for the city. I’m glad that Carl Icahn decided to take it down.

ROI: Let’s stay in Atlantic City. The pandemic has been tough on the town and the industry, but it appears the Hard Rock is doing OK. How’s it going?

JM: Year over year, we’re doing well. I can’t say that for the entire Atlantic City market. But our Hard Rock facility is doing extremely well.

ROI: Why do you think that is?

JM: I think it’s for a number of reasons: People feel very safe. The Hard Rock partnership has really implemented best practices. And we have made people feel safe. And we’ve put them in a fun place. People want to get out. You can’t be cooped up in the house forever.

I’m glad we’ve been able to do this, because I really believe it helps with people’s state of mind. And it gives people something to look forward to.

ROI: We have to give credit to the Hard Rock. Even in tough times, you gave out bonuses to employees at the end of the year.

JM: It’s been nice to know that we can keep people employed and we’re getting tax revenues for the state. And, hopefully, we’ll make some money down the road. I think people appreciate all that we’re doing, and we’ll have some really good loyal customers.

ROI: You have the Hard Rock, you’re building a casino in Long Island — are you now in expansion mode?

JM: I won’t tell you where, but I am working on another venture right now. I’m always looking for the next opportunity.

ROI: Which is what you’ve got on Long Island, yes?

JM: It’s more than that. I’m really happy that we’re going to be able to do something for the Shinnecock people. When you hear their stories, it gives you chills. You say to yourself, ‘We really treated people this way?’

This is an opportunity for us to change the way our ancestors have treated people and really to better people’s lives. Gaming is happening. It’s happening in New York. It’s happening all over the country. So, why not allow it to happen to people who deserve it?