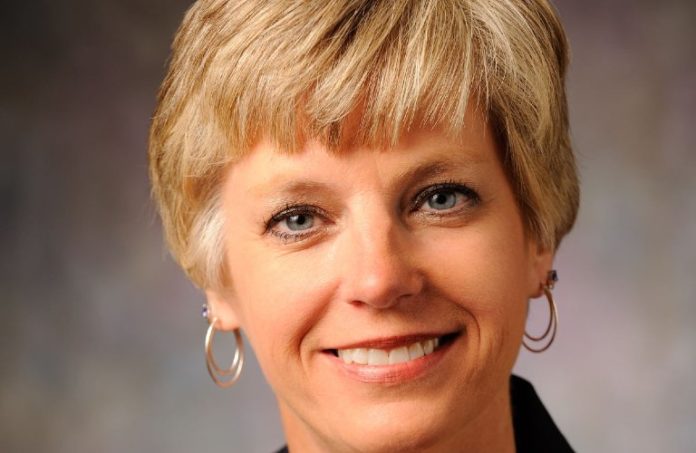 American Water Works Co. Inc. has promoted Cheryl Norton to chief operating officer of the Camden-based water and wastewater utility, meaning its Garden State unit, New Jersey American Water, will be getting a new president, it announced this week.

American Water said in a news release that Norton has been named executive vice president and COO, while Bruce Hauk has been named deputy COO, both effective March 1.

Norton is currently the president of New Jersey American Water and the parent company’s senior vice president and chief environmental officer. In her new role, she will be responsible for the success of all of American Water’s regulated states, serving approximately 12 million people in more than 1,600 communities. She will also head up customer service, as well as systemwide engineering, health and safety and environmental and regulatory compliance.

In his new role as deputy COO, Hauk will support Norton in the successful performance of regulated operations. He will continue to lead the company’s Military Services Group, as well.

“We are so pleased to have Cheryl and Bruce take on these key leadership roles for American Water,” CEO and President Walter Lynch said in a prepared statement. “Building a strong talent pipeline within our organization is a key part of American Water’s success, and both Cheryl and Bruce are the results of our succession efforts.

“Both have deep utility experience, a strong commitment to safety, a passion for excellent customer care and a collaborative approach to building high-performing teams.”

American Water said her successor or successors as president of Camden-based New Jersey American Water and chief environmental officer will be named in the near future. As head of NJAW, she led a team of 800 workers serving approximately 2.7 million people. She also served as senior vice president of the Eastern Division, including New Jersey, New York, Virginia and Maryland. Norton, who has been with American Water since 1988, was named chief environmental officer in December 2019.

Norton is a prominent figure in the community, serving on the boards of Choose New Jersey, the Cooper Health System, Cooper’s Ferry Partnership and the New Jersey Utilities Association, among other professional accomplishments.

Hauk currently serves as president of regulated operations and the Military Services Group for American Water, and has served in various state and regional leadership roles for the company.

Izzo disappointed by BPU’s transmission decision – but calls it ‘rational’