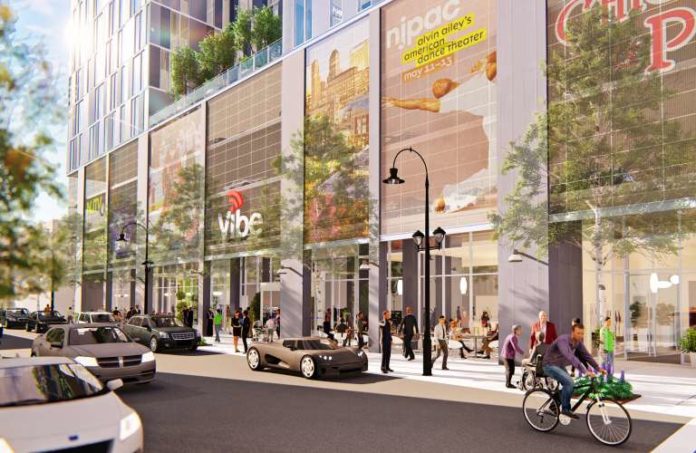 The city council has approved the 30-year tax abatement for the 270-unit tower at Halsey and Williams streets in the Living Downtown Redevelopment Area, developer Strategic Development Partners said in a news release.

The approved ordinance establishes payments in lieu of taxes, as well as authorizing a financial agreement and the issuance of up to $1 million in redevelopment area bonds for the project, the release said.

“This agreement will revive the city of Newark’s redevelopment efforts, which had slowed as a result of the pandemic,” Strategic Development Partners Chairman and CEO Anthony V. Bastardi said in a prepared statement. “City officials have demonstrated their commitment to supporting this development and creating a favorable economic environment to bring exciting projects such as Vibe to market.”

The 19-story tower will feature 243 market-rate units and 27 affordable units, as well as parking and two ground-floor restaurants. Groundbreaking is planned for later in the year.

Strategic Development Partners is working with Studio Hillier and the Marketing Directors, among others, on the project.