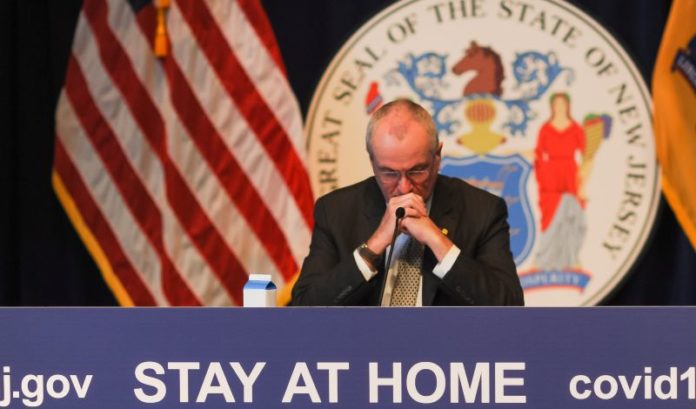 Gov. Phil Murphy announced Monday that houses of worship and religious services may now operate at 50% capacity with no cap — as long as social distancing and mask wearing are required.

“Since the beginning of the pandemic, we have strived to accommodate our communities of faith to the greatest extent possible,” he said. “We know that, for many of our residents, the ability to worship together plays a central role in well-being and mental health. As our numbers continue to decline, we believe we can safely take this step.”

Vaccination doses continue to rise in New Jersey, as the governor announced that 1,676,496 doses have been placed in the arms of residents as of Monday morning. Murphy also provided an update on the status of the vaccine delivery that was delayed due to inclement weather.

“Many of last week’s backlogged deliveries from both Pfizer and Moderna are scheduled to arrive today (Monday),” he said. “We are also expecting this week’s supply from Moderna for about half of our sites to arrive today as well.”

In total, there have been approximately 1.14 million first doses of the vaccine administered and 509,000 second doses. Despite this increase in doses, many residents have said that the vaccine hotline has told them the vaccine scheduling system is currently down and has been down since Feb. 9.

Commissioner of the Department of Health Judy Persichilli hopes that this system will be back up soon.

“I don’t have a hard date on when they’ll start scheduling,” she said. “I hope that by the end of the week. We’re stilling having some system issues, but they are being worked out. There was a new release at the end of last week that went fairly well, so that bodes well for the call center.”

Murphy said 186 COVID patients were discharged by hospitals across the state Sunday, while 198 others were newly admitted. There were also 31 in-hospital deaths Sunday, but they are still awaiting lab confirmation.

In terms of confirmed deaths, New Jersey is reporting 17 new deaths Monday that have been confirmed. A total of 20,585 residents have now lost their lives to COVID-related complications since March, with an additional 2,289 probable deaths.

Murphy on the passing of Sen. Gerald Cardinale (R-Cresskill):

“I know hearts are heavy today in the Senate. For more than half a century, he served Bergen County on the Demarest board of education, then as their mayor, then in the assembly, and then since 1982 in the Senate. All-in-all, he was the second-longest-serving state legislator in our long history and authored a number of landmark laws, including Megan’s Law and historic casino reform legislation.

Quest announces board changes, including exit of lead independent director

Education
ROI-NJ Staff -
February 24, 2021
Cooper’s Ferry Partnership CEO Kris Kolluri has been selected as one of 25 business school graduates worldwide to be named to membership in the...

Education
ROI-NJ Staff -
February 24, 2021
The Hackensack Meridian School of Medicine has been granted provisional accreditation by the Liaison Committee on Medical Education, bringing it nearer to full accreditation. The...

Health Care
ROI-NJ Staff -
February 24, 2021
The Cancer Center at Inspira Medical Center Mullica Hill has earned three-year reaccreditation from the Commission on Cancer, a quality program overseen by the...

Health Care
ROI-NJ Staff -
February 24, 2021
A new poll commissioned by Newark-based nonprofit Project Ready shows an increase in the number of New Jersey voters who say they are willing...