Gov. Phil Murphy said his 2022 budget includes no proposals to raise taxes, fees or fares — and plenty of help for the business community.

The address — often a point of contention with the business community — was generally well-received Tuesday.

Murphy, in a taped address, said the $44.83 billion budget, the fourth he has presented as governor, affirms his campaign theme of a stronger and fairer New Jersey.

“This budget lives up to our stronger and fairer mission,” he said. “Stronger to come out of the pandemic with an economy that works for every New Jersey family. Fairer to help families and small businesses hit hard and left behind in the pandemic’s brutal wake.

“This budget will continue to stabilize property taxes for hardworking families.

“This budget will continue the hard work of moving forward — not only from the pandemic, but from years of neglect.”

The proposed budget also affirms his commitment to organized labor.

The budget includes a proposed $6.4 billion pension payment, which would mark the first time the state has made a full contribution since fiscal year 1996.

The $44.83 billion spending proposal assumes 2.4% growth in total revenue and includes a sizable surplus of $2.193 billion, just under 5% of budgeted appropriations and dwarfing the average of the previous administration.

Murphy administration officials said revenue projections have improved in part due to record-high stock markets, federal stimulus that directly aided individuals and businesses, as well as what economists describe as a K-shaped recession, which has seen middle- and high-income households recover more quickly, while low-income households have continued to struggle.

Among other items, the proposed budget includes:

“Gov. Murphy’s proposed budget includes a number of positive elements that moves us toward economic recovery,” he said. “Most importantly, he said he had no plans to raise taxes, fees or fares. That is great news for all New Jerseyans. The governor is also making necessary investments in small business, education, innovation and infrastructure modernization, all of which are critical investments in building a strong economy.”

Bracken, however, said there’s more that can be done.

“The New Jersey Chamber of Commerce believes that, to truly achieve the governor’s supercharged reemergence from the pandemic, his administration should reprioritize and enhance spending in areas that will alleviate the economic issues caused by the COVID-19 lockdown,” he said.

“With the expected infusion of cash to the state from increased economic activity, federal aid and other sources, we believe there are more effective and aggressive investments the state can make that would jump-start our economic recovery, help more New Jersey businesses open their doors sooner and put more of our citizens back to work more quickly. This is the best way to ensure more revenue will be available to address the other problems the governor cites in his budget.” 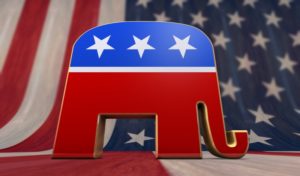 Michele Siekerka, the CEO of the New Jersey Business & Industry Association, said there were pluses.

“NJBIA welcomes Gov. Murphy’s efforts to prepare a state budget that contains no taxes or raised fees,” she said. “This decision is as appropriate as it is appreciated, given the increased tax burdens on businesses and residents over recent years, which have greatly contributed to New Jersey’s current surplus.

“The governor also deserves credit for committing to New Jersey’s first full pension payment since 1996, and for looking to reinvest in our great state through appropriations for education, infrastructure, innovation and small business. These are positives, all of which NJBIA called for prior to today’s budget address, as New Jersey businesses have continued to provide robust revenues commensurate with already having the highest corporate business tax and second highest top income tax rate in the nation.”

Siekerka, however, does have concerns.

“As we await more details on the FY22 budget, we do continue to have strong concerns about the sustainability of New Jersey’s overall spending,” she said. “If the proposed $44.8 billion number holds for FY22, it would mean New Jersey’s signed budgets will have increased more than 29% over the last four fiscal years.”

Ralph Thomas, the CEO of the New Jersey Society of CPAs, said the budget represents an opportunity for smart planning.

“Now is the time to address our long-term structural debts by making the tough choices that lawmakers have avoided for so long,” he said. “We commend Gov. Murphy for including a full payment to the public worker pension fund — the first time a full payment has been made since 1996. At the same time, though, we urge that real reforms be made to public worker pension and benefits plans so that we don’t have to continue to dedicate such a large chunk of the budget to pay for these benefits.

“We continue to endorse Senate President (Steve) Sweeney’s ‘Path to Progress’ package of bills that would, among other things, shift from the current defined benefit pension system to a sustainable hybrid system and change benefits for new public workers, which could save the state hundreds of millions of dollars a year.”

Murphy said the budget is an honest look at where the state is at, and where it needs to go as it prepares to emerge from the pandemic.

“We’ve been honest and transparent every step of the way,” he said. “We’ve never pulled a bait-and-switch on the people of New Jersey or on the programs they rely upon. We made the hard choices to prepare for the unknown challenges, never imagining a once-in-a-century pandemic would set before us challenges never before seen. But the decisions we made have us ready to not only build back — but to leap forward.”

Here’s at look at how Murphy said COVID-19 has impacted the N.J. economy: