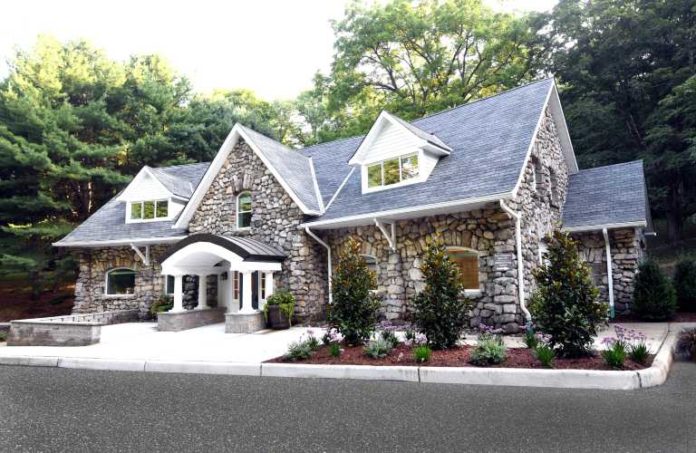 The meticulous craftsmanship that was needed to maintain its charm while updating the 110-year-old facility that now serves as the Retreat & Recovery at Ramapo Valley took nearly two years to complete.

And the landscape around the facility — a serene, wooded setting in Mahwah that offers the type of atmosphere that’s needed for the state-of-the art addiction treatment center Hackensack Meridian Health unveiled Wednesday morning — takes you back to a simpler time.

But, if you think the idyllic setting means treatment will be based on techniques from days gone by, think again: The specialists at the Retreat & Recovery at Ramapo Valley will be helping people in the ever-growing demands for behavioral health with modern-day technologies.

Don Parker, president of Hackensack Meridian Carrier Clinic and behavioral health services for the network, said technological advances are a key to the future of behavioral health. He gave one example of a technique the facility is just beginning to implement.

A patient, battling alcohol dependency, can now enter a virtual reality bar with a therapist and learn coping methods for the situation.

“We can zero in on potential anxiety-creating situations — we can duplicate sitting at a bar and going through the interaction and work on successfully rejecting a drink,” he said. “It’s incredible. Virtual reality takes you through all that process.”

Of course, present-day reality indicates that facilities such as this are badly needed in the state.

The first phase of the Retreat & Recovery at Ramapo Valley, which is now open, focuses on outpatient services on the 40-acre campus. A 48-bed inpatient facility and detox services are scheduled to open in 2022 to provide a full array of behavioral health care services, to be followed by an expansion to 90 beds in Phase 2 of the project a few years later.

Hackensack Meridian Health CEO Bob Garrett said such a facility is what he was envisioning when HMH merged with Carrier Clinic in 2018.

“This has been a vision of ours for a number of years,” he said. “When we looked at the data, we were seeing a lot of New Jersey residents having to have their addiction treatment in other states because there weren’t first-class facilities here in New Jersey. We wanted to change that.

“And when we merged the Carrier Clinic and Hackensack Meridian, we were able to take the vision and turn it into a plan.”

The facility certainly is needed.

The opioid crisis has retreated a bit from public awareness due to the pandemic — but it didn’t go away. In fact, last year, there were a record number of addiction-related fatalities. When the facility is fully operational, HMH will have approximately 600 beds. That may not be enough.

“This facility opening could not have come at a better time,” Garrett said. “People need it more than ever before.”

But, during a time when behavioral health needs have never been more apparent, there is good news: Telehealth is helping more people than ever get treatment — and a large infusion of venture capital money is fueling many of the technological advances.

“VC money is double what it was last year, well in excess of a billion dollars,” Parker said. “And, while that’s not a lot of money on Wall Street, it’s a lot of money in behavioral health. And the new applications are going to be very valuable to patients because they can do self-help.

“In a geographic area where we have shortages in professionals and heavy-duty demand coming our way, self-help is going to be an important part of that strategy.”

It’s why Parker and is helping to turn some of the HMH’s behavioral urgent care centers into what he calls an Apple store for behavioral health.

“It’s going to be filled with apps,” he said. “Based on the recommendations of psychiatrists that see you — and only if we determine you are not in need of a greater level of care — we’re going to introduce people to some self-help areas.

“We’re going to have apps that will allow you to have therapy on a frequent basis, something that will help you monitor your anxiety, register the amount of relaxation, chart the type of sleep that you’re getting.

All of the advances are opening access, he said. Telehealth, he said, is here to stay. And that’s a good thing.

“We’re not going to go back to where we were, even after we get through this pandemic,” he said. “Telehealth can expand access for people that are in crisis for people that need help significantly. It’s going to be a combination of the urgent care center that we opened up, telehealth technologies and all these apps.

“And then, of course, having addiction treatment centers like the one that we opened today, with the growing crisis and the staggering numbers out there.”

That’s why, in the midst of this behavioral health crisis, Garrett does sees hope.

For starters, the stigma around behavioral health is starting to subside. He and Parker both said they’ve never seen a more welcoming community than what they have found in Mahwah. That, combined with new technologies, could be game-changers, as they say.

“We’ve talked a lot about the merger between HMH and Carrier being an opportunity to change the narrative — a way to try to get rid of the stigma that has existed for generations and a way to expand access,” he said. “This whole idea of new technologies, innovation and even research in the area of behavioral health is something significant that folks like Don and his colleagues at Carrier have brought to the table.

“That, and facilities such as this one, give me hope.”

For Price, successful Propelify reinforces idea that tech is on a...