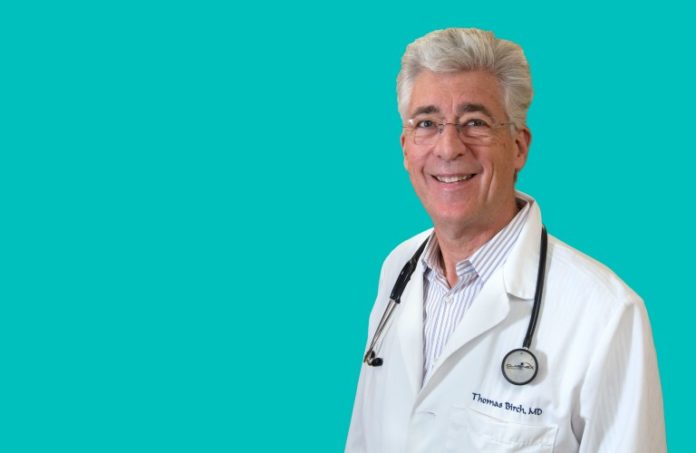 Leading health professionals across the state celebrated the Food and Drug Administration granting emergency approval to Johnson & Johnson’s one-shot COVID-19 vaccine Saturday — and said no one should be concerned that its efficacy rate is below that of the previously approved vaccines by Pfizer and Moderna.

Dr. Thomas Birch, the medical director for the Institute for Clinical Research and an infectious disease specialist at Holy Name Medical Center in Teaneck, said the only number that matters is the efficacy for the prevention of severe disease.

“With these vaccines, we’re looking at is the prevention of severe disease, the cases that lead to hospitalization and critical illness, that lead to ICU stays and ventilators and death,” he said. “The J&J vaccine has 100% protection against critical disease, which is really what distinguishes this from so many other infections.”

Birch knows this firsthand. Holy Name was one of the hardest-hit hospitals in the state — and was the center of national attention when its ICU ward was overwhelmed.

“That’s the feared complication,” he said.

There is no one single efficacy rate of the J&J vaccine.

When its effectiveness was initially announced Jan. 29, J&J said it was 72% in the U.S. but 58% in South Africa, where new variants were first appearing. Those numbers have been changing slightly, based on where and when the vaccine was tested.

Dr. Daniel Varga, the chief physician executive at Hackensack Meridian Health, said all of those numbers are fantastic in the epidemiological world.

“While the J & J vaccine does have a slightly lower efficacy rate compared to Pfizer and Moderna, it is still highly effective at preventing serious illness and hospitalization,” he said. “Keep in mind, it’s still much more protective than the flu vaccine, which last year was around 52% effective.”

Dr. John Bonamo, the chief medical officer at RWJBarnabas Health, agreed. He said too much is being made about the prevention of mild cases.

“The fact that you can get a mild case with the J&J vaccine doesn’t make it less effective,” he said. “You’re still very safe from getting terribly ill.”

“The antibodies that are made from a vaccine are just one of the ways that we get protected when we get infected,” he said. “We also have something called T cells, and B cells — those are the immune cells in our bodies, that (work) when there is some kind of infection.

“When you add a vaccine that is this effective to what our bodies can do already, this vaccine is a home run.”

Dr. Richard Marlink, the director of the Rutgers Global Health Institute, said you can’t judge a vaccine by its efficacy rate because of the variables involved — including this: We still don’t know the length of effectiveness of any of the vaccines — is it six months or many years?

As someone who has spent a lifetime in this field, Marlink said all of the efficacy numbers are outstanding.

“These are all home-run vaccines,” he said. “You’re looking at the difference between a BMW and a Mercedes. They’re both unbelievably wonderful cars — and both are not just going to get me where I need to go, they’re going to get me there in style.

“This is not the difference between the old Pinto and a Cadillac.”

The key, of course, is getting everyone behind the wheel.

Timothy Lise, the executive director of pharmacy at Atlantic Health, said that job will be a lot easier now.

Adding J&J to the mix will increase the overall amount of vaccine available — and Lise said he will not try to distinguish among the three.

“For Johnson & Johnson, you have to remember that these studies were done all around the world and with different types of populations,” he said. “We’re going to see some real-world data come out soon.

“So, whether it was 78% or 64%, depending on how you look at those numbers, when we look at the outcomes of severe disease patients not getting intubated in our ICU, and patients not dying, you could put all vaccines on the same level.”

Atlantic Health, in expansion of existing partnership, will invest in CentraState,...