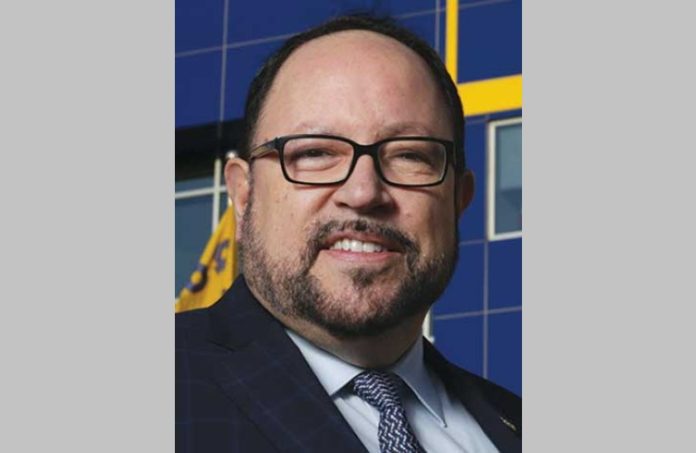 Embattled Goya Foods CEO Bob Unanue — censured and supposedly silenced by his board in January for unsubstantiated and false claims about election fraud — repeated many of those claims Sunday night while speaking at the CPAC convention in Orlando, Florida.

“It’s just an honor to be here,” he said. “But my biggest honor today is going to be that — I think — we’re going to be on the same stage as, in my opinion, the real, the legitimate and the still actual president of the United States, Donald J. Trump.”

Unanue also said he has “faith’” that the “majority of the people of the United States voted for the president.”

The Goya board had not issued any public responses as of midday Monday.

Goya, based in Secaucus, is the largest minority-owned food company in the country.

In January, the Goya board said Unanue will no longer be allowed to speak to the media without the board’s permission.

Last summer, two influential Hispanic groups in the state — the Statewide Hispanic Chamber of Commerce of New Jersey and the Hispanic Bar Association of New Jersey — were openly critical of Unanue after he made an appearance at the White House, praising Trump.

At the time, Trump was under fire from many in the Hispanic community, who felt Trump was bigoted toward Hispanics.

Bobby Flay Steak in Borgata to close June 30, be replaced by ‘contemporary’ restaurant

Glyde, an NJII startup, gets backing from venture firm that features Bezos, Zuckerberg

Education
Eric Strauss -
April 21, 2021
Stockton University’s School of Business has formed a dean’s executive advisory board, it announced Wednesday. The board is intended to assist the business school’s efforts...

Health Care
ROI-NJ Staff -
April 21, 2021
Morristown Medical Center and Hackensack University Medical Center were among 200 hospitals on the World’s Best Hospitals rankings by Newsweek, it was announced Tuesday. Both...

Health Care
ROI-NJ Staff -
April 21, 2021
Working from home has helped keep employees safe during the COVID-19 pandemic, but it also has blurred the lines between work life and home...

New restaurant rules: No indoor eating/drinking after 10 p.m.; no drinking/eating...