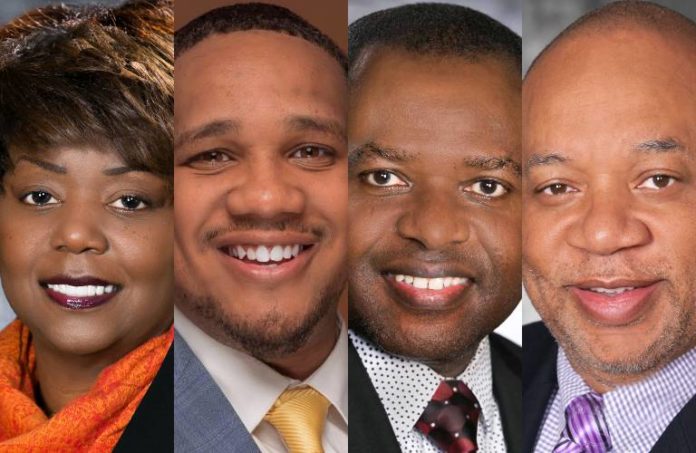 The documentary, which details the low number of Black men in the health care profession while explaining both the great benefit and the vital need to raise that number, is 80 minutes in length. Officials at AtlantiCare, which is sponsoring the event, hope the impact will last a lifetime.

Charisse Fizer, the chief diversity equity and inclusion officer at AtlantiCare, said the program is a perfect fit for the health system’s vision and mission.

“AtlantiCare has always had a commitment to the community and really trying to make sure that the people that service the community, look like the community we serve,” she said. “So, this is an effort in that regard as well.”

But, it’s more than that.

Programs such as these are a starting point for changing some of the health disparities that are so prevalent in minority communities — disparities that have played out in the worst ways possible during the pandemic.

“Diversity in health care is significant, not just because of the nuances of illnesses, but the trust factor that is part of the healing requires for anybody to get better,” Fizer said.

That healing process is helped by many things.

“People love to see themselves when they come to a hospital when they’re in their most vulnerable state,” Fizer said. “AtlantiCare is committed to making sure that our employees look like the community we serve.”

Christian Ragland is the manager of the Diversity, Equity & Inclusion Program at AtlantiCare. Prior to that, he worked in the health system’s human resources department. It was there he saw the challenges that come with recruiting people of color into the health care sector.

The greatest impediment may be one most people never think of.

“The challenge is really talking to individuals about their opportunities,” he said. “Sometimes, they don’t realize that these opportunities exist.”

AtlantiCare is trying to change that with touch points.

It hopes to reach 300 young people over three showings of the documentary. On Monday night, students — and teachers — at Atlantic City High School were given access to a virtual show. On Wednesday night, participants in Friday Is Tie Day will have access.

On March 16, AtlantiCare Drs. Inua Momodu (the chief medical ambulatory officer and chairman, psychiatry) and Blair Bergen (chairman, obstetrics and gynecology) will host a virtual event where they will discuss the documentary, detail their experiences and take questions from the kids.

Ragland, however, notes the interaction doesn’t stop and start with the program.

He personally makes weekly trips to the Boys and Girls Club, Friday Is Tie Day and other community organizations to talk about the health care needs of their community.

“It’s providing them exposure and opportunity to see that they are not only needed in their community, but needed to work in health care,” he said.

Fizer is confident these visits will pay off down the line.

“The reason we partner with places like the Boys and Girls Club is because we want to stay with the group until they get to the age of their formative years, and they’re able to make their own decisions,” she said.

“I’m a personal believer that, if you continue to give kids options and show them what the possibilities are, that, ultimately, they will make the right decisions when they get to the point of making the decision. It’s not just having access to (science, technology, engineering, arts and math) and hearing about other options; it is also about giving them access to education.”

Ragland is thrilled Atlantic City High School opened up the film to teachers, too. It’s another touch point, he said.

“We want to make sure that (teachers) are aware of this disparity as well,” he said. “So, if they come across children of color, not to necessarily push them to medicine, but to know the importance of making sure that the students of color know that they are needed in the medical field.”

The program is called “Black Men in White Coats,” but Fizer wants to make it clear that the need is for both men and women of color in the health care field. She doesn’t fight the title — because she has seen firsthand how health care tends to attract far more women than men, especially in underserved communities.

“The goal is to introduce young black women, but black men in particular, to what the opportunities are, the virtues are and the value of going into medicine — and what impact that will have on their own personal community that they live in and serve.”

Fizer’s aim is to make sure AtlantiCare does its part when the interest is shown.

The system offers volunteer opportunities (though many are on hold during the pandemic), tours and internship opportunities. It has partnerships with Atlantic Cape Community College, where it works with its nursing and pharmacy tech programs, and Stockton University, where it helps ensure the health sciences curriculum prepares students for real-world jobs upon graduation.

And, while the ultimate goal is to work with Rowan University and its medical school, Fizer said AtlantiCare is eager to work with existing employees, offer tuition reimbursements for those looking to take any classes in the health care field.

For some, that may start with a film. Ragland said he’s ready to help them on their journey.

“We want to make sure that we continue to have touch points with these individuals so that they never forget us,” he said. “Making sure they won’t forget a documentary, that they won’t forget the time where someone came and spoke to them about these types of jobs, is key.

“We want to let them know that we will invest in their education, because in the end, it benefits us as well. We want to create a workforce reflects diversity because we know innovation comes through diversity.”