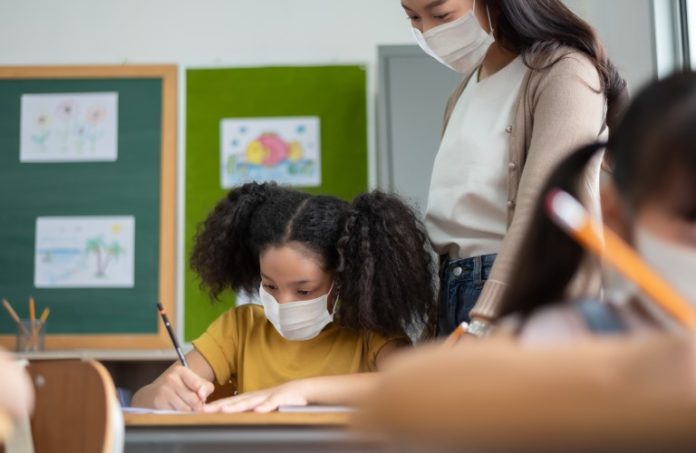 New Jerseyans are split on how quickly schools should reopen — and they are sharply divided along racial lines, not only in how their children are currently learning, but also in whether they want to return to in-person learning, a new survey by Change Research shows.

The survey of 960 voters, commissioned by Newark-based nonprofit Project Ready, found that the children of Black parents (78%) are much more likely to participate in only-remote learning instruction than the children of white parents (29%).

In addition, if given the option, only 24% of Black parents say they would want to return to in-person learning, compared with 73% of white parents.

“As a Black parent myself, these results are deeply troubling,” she said. “Not because parents are doing anything wrong by choosing what they believe to be the safest option for their families, but because, as a society, we have let families down by not creating the conditions for Black parents to feel comfortable sending their children back into school buildings.

“It’s critical that state and city leaders work hard to win families’ trust so that inequity in access to learning does not disproportionately harm Black children any more than it already has.”

The survey also found widespread concern about kids falling behind with remote learning, along with racial and socio-economic gaps when it comes to digital access and the financial impact of COVID-19.

Among the key findings:

Worry that kids are falling behind with remote learning

Education
Eric Strauss -
April 21, 2021
Stockton University’s School of Business has formed a dean’s executive advisory board, it announced Wednesday. The board is intended to assist the business school’s efforts...

Health Care
ROI-NJ Staff -
April 21, 2021
Morristown Medical Center and Hackensack University Medical Center were among 200 hospitals on the World’s Best Hospitals rankings by Newsweek, it was announced Tuesday. Both...

Health Care
ROI-NJ Staff -
April 21, 2021
Working from home has helped keep employees safe during the COVID-19 pandemic, but it also has blurred the lines between work life and home...