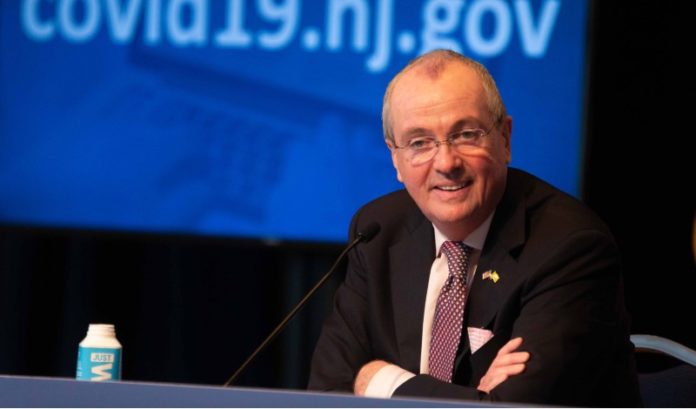 Many may take a pause Thursday morning to reflect on the fact that it’s the first anniversary of the first COVID-19 case in the state. Gov. Phil Murphy is looking a month ahead.

The end of March, beginning of April — that’s when Murphy feels the state finally will be in a dramatically different stage of its battle to vaccinate the population.

The introduction of the Johnson & Johnson vaccine this week — combined with the announcement that fellow New Jersey company Merck will help produce it rapidly, had Murphy brimming with excitement Wednesday.

“I think, if you get to the last week of March or first week of April, I believe the supplies from Johnson & Johnson, Pfizer and Moderna are going to explode,” he said. “We will be in a dramatically, quantumly different place.”

As of 9 a.m. Wednesday, the state has given out 2,190,141 doses of the vaccine — but only 740,492 of those shots represent the required second dose of Pfizer or Moderna vaccines. That’s fewer than 10% of the population.

Murphy has said previously his goal is to have two-thirds of the state vaccinated by the summer.

The Johnson & Johnson vaccine, which requires only one shot, appears to be the only way the state could even remotely reach that number.

The impact could be felt long before summer. The increasing number of vaccinations should start to reduce the number of people hospitalized (it’s currently 1,905) and the rate of transmission (it’s 0.99).

Murphy, reflecting on Thursday’s anniversary, noted one of the worst days of the past year: April 15, when 8,270 were in the hospital, with a near-record 1,980 in intensive care and 1,705 on ventilators.

Murphy said the state’s residents are to thank for the drop — offering them a note of gratitude.

“To every New Jerseyan who has joined our fight over the past year, I say on our behalf — thank you,” he said. “Thank you for being models for your families and communities. Thank you for showing that, when we fight COVID together, we can beat it together. Thank you for being real patriots by simply doing what needs to be done in these unprecedented circumstances.”

And, while Murphy said he hopes the state is just weeks away from being in a dramatically different place, he made it clear New Jersey will not be following the lead of Texas and Mississippi, which have essentially dropped all restrictions, including mask mandates.

“I’m stunned,” he said. “I don’t know what these states are looking at. It just takes my breath away.

“No capacity restrictions and no masking, particularly indoors. I think I could get it if you were socially distanced, if the states in warmer climates lifted potentially outdoor masking, but to lift it completely indoors?

“It just takes my breath away. I just can’t fathom it. … I just can’t conceive of lifting a mask mandate inside. It is inconceivable. Maybe it’s politics; I just don’t know.”