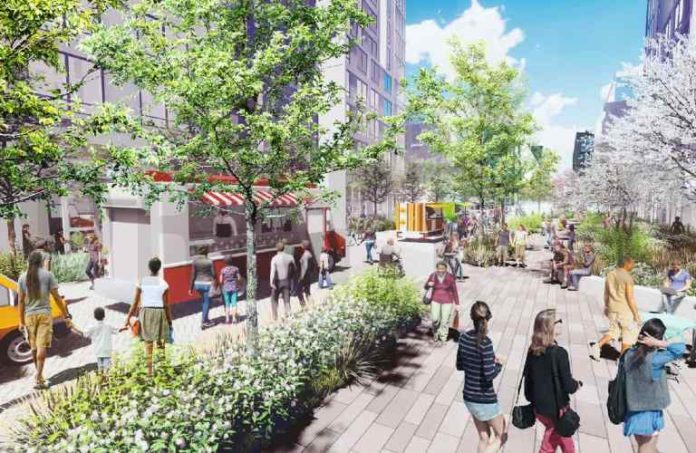 Calling it a plan that balances the needs of both residents and commercial development, Hoboken Mayor Ravi Bhalla praised the city council for adopting the amended North End Redevelopment Plan — a plan that will revitalize 30 acres of land in the historically industrial northwest area of Hoboken.

“My administration is committed to preserving the right balance of residential and commercial development that maintains the charm and character of our city, while also prioritizing critical community benefits such as a new light rail station at 15th Street, public open space, building on our citywide green circuit, greater affordable housing options and more,” he said. “I thank the city council for their support and look forward to moving this plan forward with the continued input of the public.”

The plan, which was adopted on an 8-0-1 vote, includes a variety of proposals and objectives, including:

The plan directly impacts 30 acres presently zoned for industrial use in the 5th Ward. Councilman Phil Cohen, who represents the 5th Ward, is all for it.

“The North End Redevelopment Plan represents an important step forward in the transformation of Hoboken’s industrial northwest into a holistic part of our present-day community,” he said. “This well-conceived plan for a resilient neighborhood will integrate 30 acres of our city into the 5th Ward in a way that reflects and serves our special, vibrant community — a place for families, commerce, the arts and parks.

“I look forward to moving forward on this plan with the continued guidance of my neighbors and constituents in northwest Hoboken.”

The North End Redevelopment Plan was originally introduced to the Hoboken City Council for consideration Jan. 27. After input from residents, the plan was amended to include a number of other items, such as the protected bike lane and greater pedestrian connectivity between Hoboken and Weehawken.

The plan also includes guidelines for establishing a multimodal circulation network, shared parking, new parks and open space, sustainable land use and development, and new public infrastructure. The plan was prepared by a consulting team hired by the city, WRT, and guided by the City Council North Subcommittee and community development staff.

Officials previously said the plan’s updates are consistent with the city’s vision to avoid tall buildings, overdevelopment and develop a plan consistent with the preexisting height and scale of buildings in the rest of the city. The plan was developed in a manner to allow Hoboken to permit development in a manner that does not adversely impact neighboring municipalities, ensuring that buildings do not exceed the height of the Palisades Cliffs.

The full, amended North End Redevelopment Plan adopted by the City Council can be found on the project website by clicking here.

Pa. firm to be leasing adviser for Mantua mixed-use center