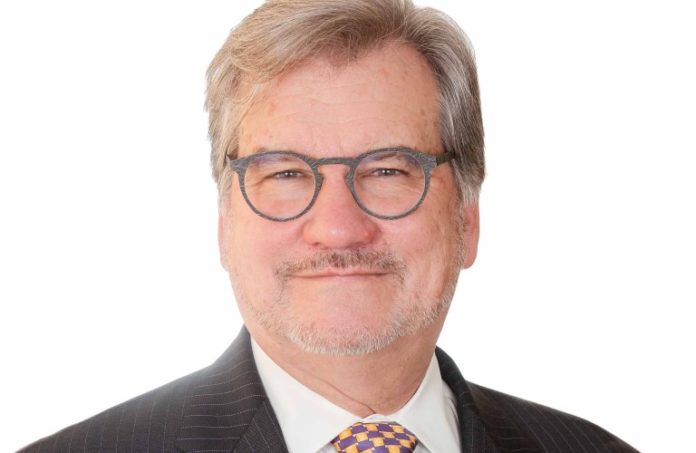 (Editor’s Note: Since this story was published, the IRS has extended the filing deadline for individuals to May 17.)

Tax expert Robert Tobey thought last year was going to be the worst tax season of his life.

As for this year’s tax season, he knows it’s going to be the worst of his life.

Client anxieties, questions and downright unprecedented complications are piling up as high as the paperwork on accountants’ desks — in the backdrop of the pandemic’s lingering effect, and during a tax filing season that’s running on a delayed schedule.

As a concession to the overriding issues involved in dealing with the pandemic, last year, the IRS pushed the deadline for 2019 tax returns back 90 days — to July 15. This year, the IRS started welcoming tax returns Feb. 12 after accepting them Jan. 27 last year.

In spite of that, the agency has maintained that it won’t be extending the usual April 15 filing deadline — even as it expects more than 150 million tax returns to come in this year.

Tobey, a partner at a Grassi & Co., isn’t sure he believes that.

“Especially if there’s another stimulus that the IRS has to deal with, I’ll tell you now — we expect due dates to be pushed back,” he said. “The IRS will continue to say right now they won’t move them, but I can’t see there not being a manpower issue. There’s still 6 million unprocessed paper returns from 2019 to deal with.”

Be prepared for potentially higher taxes

Come next winter, tax rates could be migrating North.

At least, that’s what Jo Anna Fellon of Friedman LLP says there’s some anxiety about among her clients — that over the next 12 to 18 months, the Democratic Party’s majority in Congress might bring to life some of President Joe Biden’s campaign proposals, such as moving the tax rate on top earners from 37% to the 39.6% it was at before Donald Trump’s presidential term.

“We’ll be working hard to inform those clients about the need for quick-turnaround on decisions on an individual taxpayer level,” she said.

That could mean packing more income into the year before such a change has an effect (as most accountants anticipate it wouldn’t be retroactive for the next tax filing season). Some of that planning might be premature, however.

“The new administration has so many items to check off its list,” Fellon said. “Tax reform is something they’ll get to, but it’s certainly not first on that list. Still, individual taxpayers should stay close (to their financial advisers) over the next 12 months, as that comes into focus for this administration — and it will.”

Accountants aren’t necessarily pinning their hopes on that, however. Most expect it’ll be a year full of issuing extension requests on behalf of clients, even if firms are doing their best to get as many returns in before April’s deadline as possible.

Jo Anna Fellon, an accountant in Friedman LLP‘s East Hanover office, said the situation has increased the importance of tax professionals doing early outreach with clients over the past few months.

“The way firms are dealing with this condensed season is knowing their clients, getting ahead of any late information that could come in past filing deadlines and preparing for extension a bit earlier if the timetable will not be there to file,” she said.

What kept accountants busy last tax season was preparing themselves and their clients for an all-remote tax filing process, with the spread of COVID-19 limiting the usual in-person interfacing.

“We’ve been through that paperless cycle, so clients are more prepared,” Fellon said. “But, still, they’re generally feeling a little behind.”

Accounting firm clients are also expressing some anxiety about what could be awaiting them on this year’s tax bill.

Fellon said one of the main reasons is that, generally speaking, people weren’t always aware that the unemployment compensation that might have supported them through last year’s layoffs counted as taxable income. If that withholding didn’t automatically happen, Fellon said, that means there’s a tax bill coming the way of some clients they might not have prepared for.

Tobey said it’s not an insignificant number of people (who don’t have a pot of cash they’re sitting on) fretting what’s to come after skipping over that tax throughout last year.

“It has gotten to the point where there has been a bill drafted that would make 2020 and 2021’s unemployment dollars not taxable,” he said. “My hope is that happens. It would provide relief, but it’s not certain yet.”

Barbara Taibi, partner at EisnerAmper LLP, identified another group of tax return filers that might be stressed out about this year’s tax season: those who took the early indicators of the pandemic’s impact on business last year as a reason to hold off on regular tax payments.

“There was an assumption that decline of business would continue, and, so, some didn’t make estimated payments, assuming it would be a loss year,” she said. “But things turned around, and a lot of businesses ended up in very good shape by the end of the year. That means if they haven’t caught up on those estimated payments in the first or second quarters, they could be surprised by having balances due this April that they weren’t anticipating.”

Accountants have been working overtime to keep clients apprised of what they should anticipate in advance of filing taxes this year.

But, as Reynold Cicalese, managing shareholder at Alloy Silverstein, explained: The profession is running a race with a number of obstacles this year.

“Last year, with the extension of the April 15 filing deadline, we didn’t feel the stress as much — we knew we’d have a much longer tax season,” he said. “But, with this current deadline, we’re a bit concerned, especially because we’ve had 10 of our own people test positive for COVID-19.”

Cicalese, who works with small- and medium-sized, often closely held companies at his Cherry Hill-based accounting firm, said he expects a majority of clients will pay roughly the same in taxes as they did last year.

There are some wrinkles in that. Many clients had changes in financial circumstances that alter tax situations; others benefited from relief efforts such as the Paycheck Protection Program in a way that will require additional documents and disclosures.

Accountants all say it: Everyone’s situation is different.

But, in some ways, everyone is in the same boat.

“Even if our clients have been good about getting documents in early … and accountants have been busy doing their part, there’s problems everyone faces, such as the distractions at home, between people home-schooling kids and everything else,” Cicalese said.