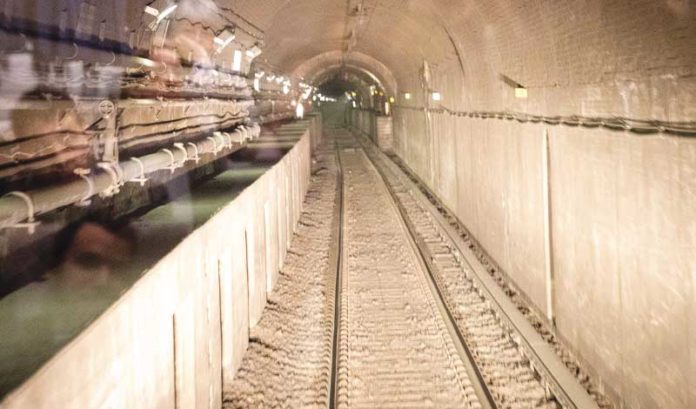 Frank Sacr, interim executive director of the Gateway Development Commission, speaking Friday at the first meeting of the newly formed commission, said he’s getting “very encouraging” signs from the U.S. Department of Transportation on the project.

“The engagement that we’re seeing from the DOT and its agencies on the Hudson tunnel project are very encouraging for us,” he said.

“There are ongoing conversations with the (President Joe) Biden administration that I would characterize as incredibly collaborative, cooperative, helpful conversations,” he said.

The project, which will bring two new cross-Hudson River tunnels while fixing the two that already exist, is of dire importance to the area. The first phase of the project is projected to cost between $10 billion and $15 billion.

Here’s a look at what appears to be three positive steps:

Polly Trottenberg, who will be second in command at the U.S. Department of Transportation under Secretary Pete Buttigieg, told senators at her confirmation hearing last Wednesday that the tunnel is “going to be a priority.”

“Gateway is going to be a priority,” Trottenberg, who served recently as commissioner of the New York City Department of Transportation, said during the hearing before the Senate Commerce, Science and Transportation Committee.

“It is truly a project of national significance, and … one that really would have just a massive rippling impact if we were to see those over-100-year-old tunnels under the Hudson River for some reason need to be shut down.”

The commission announced Friday that Amtrak has awarded a contract and work has begun on behalf of the Gateway Program to relocate utilities out of the future path of the third and final section of the Hudson Yards Concrete Casing, a part of the Hudson Tunnel Project.

The $25 million early work project is the latest step in preparing for the full construction of the new Hudson River Tunnel and rehabilitation of the existing tunnel.

“With New York, New Jersey and Amtrak fully committed to Gateway, and a stronger federal partnership finally in place, we are excited about getting the Hudson Tunnel Project fully underway,” Sacr said. “That means taking the steps we can now to ensure the project is ready to build. Critical path items like utilities relocation is absolutely an essential part of that responsibility, as well as providing much-needed jobs and economic activity immediately.”

The Gateway Development Commission announced Balpreet Grewal-Virk will be the New Jersey co-chair on the commission, joining Cohen.

Grewal-Virk serves as vice president, community engagement for the northern region of Hackensack Meridian Health. She also is on the board of trustees at the Liberty Science Center.

“The Gateway Program is essential to preserving New Jersey’s economic future,” Grewal-Virk said. “I am grateful for the support of Gov. (Phil) Murphy, the state Assembly and state Senate, and look forward to delivering for the riders of NJ Transit and the people of New Jersey.”