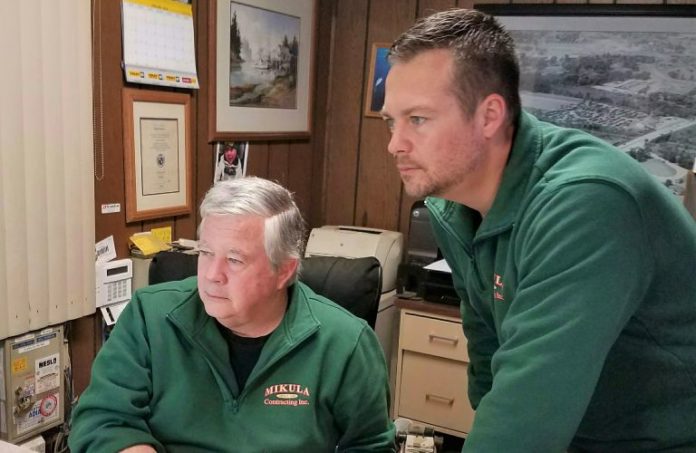 Don’t ask a family business owner what keeps them up at night; few things don’t get them tossing and turning.

But, perhaps nothing breaks a midnight sweat more than worries that an employee might struggle to put food on the table the next day, said Dennis Mikula Jr., the owner of a third-generation excavation and demolition service company.

When the pandemic hit, and furloughs and layoffs started sweeping through various sectors, the almost non-monetary version of success that family businesses thrive on — that everyone from the uncle, to the brother-in-law or to just a longtime employee, can rely on keeping a good job — appeared to be under threat.

“I don’t think anyone wants to lay anyone off, but, when you’re invested in a family business, it’s not only immediate family you’d have to have those conversations with, but people who have been around so long they’re an extension of their own immediate family,” Mikula said.

While there’s not a fundamental difference in the way family businesses have been impacted by the pandemic, that awkwardness of downsizing staff or reducing salaries? It’s that much more awkward for a family business.

Thankfully, what limited data there is on family-run enterprises indicates that they have proved resilient during the pandemic. And Clifton-based Mikula Contracting Inc. has, too.

‘A sigh of relief’

Paula Ferreira, managing partner in the New Jersey office of Mazars USA LLP, said a number of these small- and medium-sized businesses in this category benefited from the Paycheck Protection Program last year.

But, up until the end of last year, those businesses were led to believe (due to early IRS guidance) that they wouldn’t be able to take usual payroll and other business expense deductions if the PPP proceeds were involved in those payments. A bill signed into law Dec. 27 made it so PPP loan recipients would have deductions treated the same as those who didn’t utilize the program.

“That led to a lot of clients breathing a sigh of relief,” Ferreira said. “To a certain extent, it means they can focus on running their business instead of paying what could be a large tax bill.”

The accounting trade had been pushing for the change throughout last year.

“I still wouldn’t say it’s a massive relief for these businesses, as some of them had their top-line expenses really cut in half,” Ferreira said. “But, depending on the industry you’re in, it’s lifting a burden.”

A PricewaterhouseCoopers survey of family business executives from around the globe found that 64% expect to not only do well, but to grow this year. And 86% expect growth in 2022.

Mikula, who works alongside his younger brother, Ryan Mikula, two uncles and his father, saw a boom of business over the course of last year in residential projects, such as pool installations or pool removals.

“These were things that people were probably sitting on for a while, and then, being at home, they saw it as a time for change,” he said. “So, that drove a lot of business on our end.”

In the course of continuing to operate, Savlov believes family businesses have done better than non-family enterprises at ensuring that their workers are as safe as they can be from the spread of COVID-19.

“I work with a lot of enlightened people who really care about their employees, and they’re really looking out for the safety of folks,” he said. “They’re going above and beyond to take care of those folks and, when people aren’t willing to take risks, I see family business owners really being respectful of that.”

Savlov echoed about his clients what Mikula also emphasized: Family businesses like to treat team members who might not claim a spot on the family tree as though they do.

Mikula was willing to point out the obvious: It always helps to avoid the perception of nepotism. That’s why he always tries to strike a balance, give everyone a seat at the table and ensure everyone has ownership over their given role in the company.

And, although he wasn’t put in the position of having to let anyone go after his business was declared essential early into the pandemic, that extends to making sure it’s not just non-family members that are taking the fall during a nightmare scenario.

Mikula wouldn’t say he’s resting easy now. But he’s glad to have made it through a hard year with his family’s legacy business intact.

“We’re just blessed to be here today,” he said. “And I’m humbled to be part of this story … of a business that my grandfather founded 75 years ago, after World War II, with a hand-shovel and a pickup truck.”

$17 billion for boilers? Some doubt energy plan is feasible