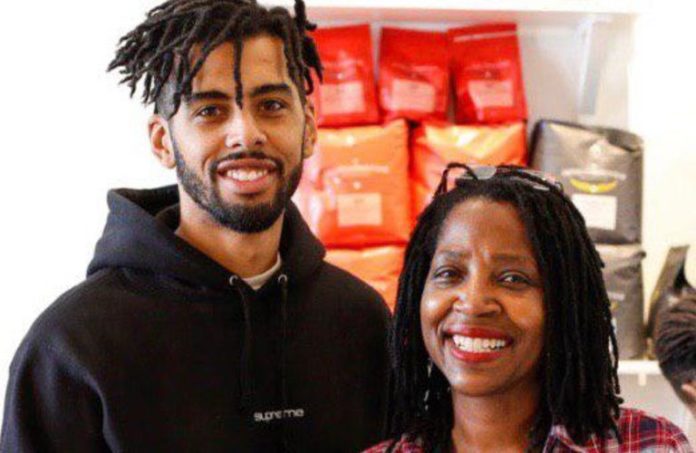 When Black Swan Espresso opened five years ago in Newark, it was hailed by Mayor Ras Baraka and other local leaders at a ribbon-cutting as a grand example of the reinvigoration of the city’s Halsey Street shopping district. And as a woman- and Black-owned coffee shop, it was a shining example of the city’s diversity, too.

Little did they know they were all standing there because Laura Mashtaler couldn’t find cortado on the menu at Starbucks (and still can’t, today).

It wasn’t the only reason she began the business, and now the family legacy she runs with her son. But, let’s face it … it was one reason.

“I like coffee, and my husband does, too,” Mashtaler said. “And, honestly, we got tired of going to Starbucks and all these other places and telling them how we wanted our coffee. We’d go into (New York City) and get coffee the way we really liked it, but didn’t have a place in New Jersey. So, I decided to make it myself.”

Whatever the impetus was, Mashtaler built a business that’s continuing to chug along — even as the pandemic has thrown up difficult questions about the future of the industry that all coffee shops are having to reckon with.

She also has those aforementioned cortado-clueless companies (an equal-parts mix of espresso and steamed milk, by the way) to contend with. They’re coming for the market share of businesses that offer high-end coffee and cafe food items, like hers.

“I just saw a commercial for avocado toast at Dunkin’ Donuts,” Mashtaler said. “I can’t imagine it. … But that’s what you’re seeing more of. There’s definitely an effort to take over the specialty coffee industry. These larger chains want to cash in on this.”

Mashtaler maintains that, if the quality is there, people are still willing to seek out a trusted specialty coffee shop.

The problem is that, during COVID-19’s social distancing, there’s not a lot of seeking to be found outside one’s own house.

“We’re just the opposite of what COVID has to offer,” she said. “We’re the opportunity for people to change venues, to sit down close with someone else and talk with each other. But you can’t do that right now.”

The boom of food delivery platforms such as DoorDash hasn’t made up the difference. And Mashtaler understands it. Who wants their hot coffee drink lukewarm?

Overall, 20% fewer Americans are visiting coffee shops, according to a National Coffee Association survey. The coffee intake is the same, however. People are just drinking more of it at home.

To that end, Black Swan Espresso does sell coffee beans that Mashtaler touts as highly scoring on industry rating systems.

“But, I honestly don’t know how much of a help that trend is,” she said. “Because, are people going to go to a specialty coffee roaster for beans or buy whatever is at the supermarket?”

The local company has partnered with larger coffee bean roasters such as Chicago-based Intelligentsia Coffee to bolster its own offerings. As far as Mashtaler is concerned, coffee shops have to find larger partners and work to establish large distribution networks during this time — or risk failing.

Mashtaler has found success in bringing in Newark residents that might never have considered a career in coffee (of which there are many besides baristas, Mashtaler said, such as roasters, tasters and instructors) and trained them to be some of the best around at squeezing caffeine magic out of those beans.

“We’re in an urban area and we deal with a diverse population, with people from LGBT communities, African Americans, Latinos … we wanted to bring them in,” she said. “A major part of what we were trying to do is bring jobs to the area.”

With aspirations of carving out a spot in the Newark Liberty International Airport, Mashtaler is working hard to cement her business as a successful enterprise for her son and future generations — as well as for the community she’s planted in.

“The biggest question for a coffee shop is — where will you be positioned when COVID is over?” she said. “So, we’re really working hard to position ourselves right.”