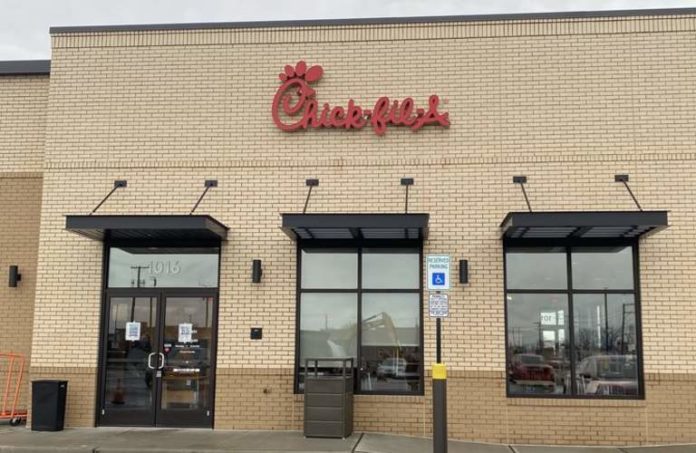 Chick-fil-A will open its latest New Jersey location in Linden on Wednesday, the franchise announced Monday. The franchise will be located at 900 W. Edgar Road.

In place of the traditional Chick-fil-A First 100 Grand Opening celebration, Chick-fil-A Linden will be surprising 100 local heroes making an impact in Union County with free Chick-fil-A for a year. Additionally, in honor of the new restaurant opening, Chick-fil-A will donate $25,000 to Feeding America. The funds will be distributed to partners within the greater Linden area to aid in the fight against hunger.

Marlon Terrell, a graduate of the Naval Academy who owns and operates the Chick-fil-A location in Woodbridge, will be the owner/operator of the Linden location. Terrell will be tasked with employing approximately 120 full- and part-time employees, cultivating relationships with local organizations and neighboring businesses, and serving guests.

Terrell began his career with Chick-fil-A at 16, as a Chick-fil-A team member in his home state of Texas. After graduating high school, Terrell received a bachelor’s degree in systems engineering from the Naval Academy and served 15 years on active duty as a nuclear engineer and submariner.

During his tenure as a Naval officer, he received a master’s in leadership from the University of Maryland.  In 2015, he ended his military career and returned to his Chick-fil-A roots to open his first restaurant as the owner/operator of Chick-fil-A Woodbridge, which he’ll continue to oversee, in addition to Chick-fil-A Linden.

“For the past five years, I have witnessed how a Chick-fil-A restaurant can impact a community, something that extends far beyond the walls of our restaurant,” he said. “From providing leadership and growth opportunities for my team members to partnering with local organizations and building relationships with our guests, my experience as an operator has been so fulfilling, and I can’t wait to see what this new chapter holds.

“I am honored to open Chick-fil-A Linden and look forward to establishing our new restaurant as a second home to all.”