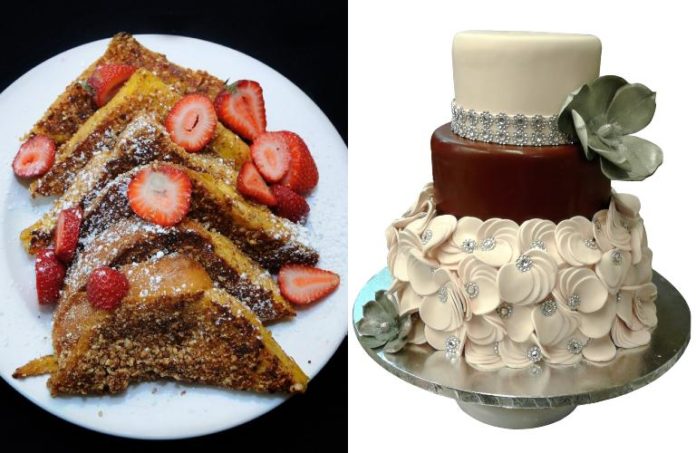 There was the fire Barry Kratchman saw coming: As he crossed the Betsy Ross Bridge in March of last year, as he regularly did traveling from Philadelphia to his Cherry Hill dessert shop, he thought he saw a plume of smoke on the horizon.

He did. It was from the inferno racing through his decades-old business, charring everything in sight.

Then, there was the one he didn’t see coming: The wildfire spread of COVID-19 in New Jersey that forced all business to be put on hold, with Gov. Phil Murphy issuing his first of many executive orders implementing social distancing measures just two weeks later.

Through both, his enterprise survived — in a way that speaks to the willingness of local, family-owned businesses to rally for their own.

Kratchman’s Classic Cake company, which he operates with his sister, his former college roommate and his across-the-street neighbor, was offered a front-and-center location inside another longtime Cherry Hill institution.

The Short Hills Restaurant & Deli, run by 81-year-old Jerry Kaplan and his daughter, Stacy Reiter, invited the business to sell its treats and custom dessert items at the deli counter and bakery cases near the store’s front entrance.

“We were just trying to help out a business we’ve worked with for so long,” Reiter said. “It wasn’t something we had to think about for long, especially because we knew what it felt like.”

Reiter explained that, in Short Hills Restaurant & Deli’s 24 years of business, the company also had to bounce back from interruptive property fires — two of them.

The blaze that destroyed Classic Cake’s shop swept across the entirety of a strip mall in Cherry Hill on March 6 burning out the locations of multiple businesses.

“I had to park two blocks away from it, and I arrived to see the store covered with 50-foot flames,” Kratchman said. “The staff was all outside; there was nothing you could do at that point. And it’s sentimentally difficult to watch a place you’ve been at for many decades completely burn down in four or five hours.”

Without anywhere to conduct business after the incident, the company was informally invited to do so out of Reiter’s family deli, a partnership that eventually became an official pop-up shop inside the restaurant last year.

These food businesses need all the help they can get during the pandemic’s slowdown of foot traffic.

Reiter said she’s hoping the food industry comes back into full bloom this spring or summer. But, in the meantime, both she and Kratchman said it’s a struggle.

“I think most businesses in the retail environment are either going to go to normalcy soon, or they’re going to fail and disappear,” he said. “That’s why, during COVID, having two very synergistic companies in the same space — with one offering savory foods, another with sweets — has been a win-win.”

Sometime after the pandemic’s effect wanes, Kratchman would like to secure a new location in which cakes and other treats are made on the premises. Right now, they’re made in Philadelphia and brought to the store.

For now, he’s just thankful to still be in business.

“It was such a beautiful gesture that they offered to bring us in to survive,” he said. “They gave us an offer you don’t get every day. I always feel I’ll owe a debt of gratitude to them for that.”

From one family business to another — Reiter calls it paying it forward.

“For us, it was a no-brainer,” she said. “I would hope, if I was in the same situation, if it was feasible, another business would do the same for me.”