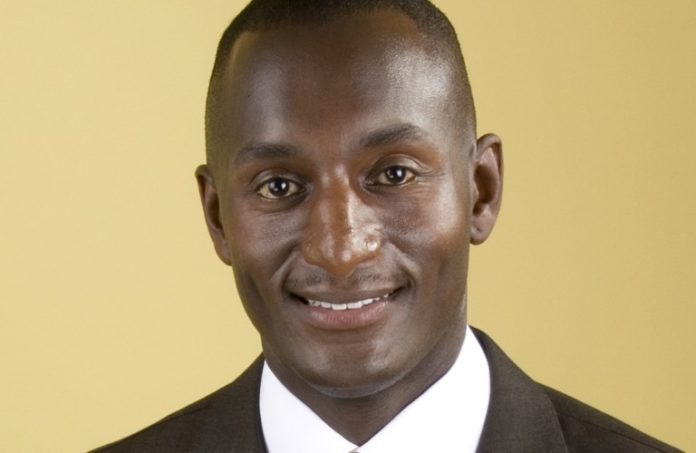 Although the African American community makes up only 12% of New Jersey’s population, we also make up 16% of all deaths from COVID-19 over the last year. Now, according to the Kaiser Family Foundation, only 4% of New Jersey vaccinations have gone to African Americans. These facts are simply unacceptable.

Let’s be clear. This is not because African Americans in our state won’t take the vaccine. For example, Somerset County opened the first community-based vaccination site at First Baptist Church of Lincoln Gardens, and more than 3,000 people registered within 28 hours.

Nor is this a “supply” issue. New Jersey is getting vaccines, it’s just that only 4% are finding their way to African American communities.

When asked about New Jersey’s “vaccine gap,” we have all heard pandering about how COVID has helped showcase the “inequities” of our society. We heard the excuse from Gov. Phil Murphy last weekend when the Rev. Al Sharpton interviewed him on MSNBC. The New Jersey African American community has taken notice of the textbook side-stepping responses, but excuses will not cut it for much longer. Ask any African American pastor in our state, and they will tell you how they have been begging the Governor’s Office to get vaccines into their communities.

The facts are simple — Black and brown families in New Jersey are simply not prioritized in our state.

Last year, the New Jersey Legislative Black Caucus led an effort requiring the New Jersey Department of Health to be responsible for ensuring that hospitals throughout the state report racial and other demographic data on COVID-19 outcomes. This legislation was signed into law by Gov. Murphy. Nearly one year later, his administration has failed to comply with this law.

No one will argue with Gov. Murphy’s words. He certainly says the right things regarding Black Lives Matter and works hard to elect leaders within our African American communities. And, while it is fair to say that the last four years have accomplished far more than under Gov. Chris Christie, we all know that is not how we should be setting our standards.

What is missing is more intentional action and specifically crafting public policy that goes beyond promises and headlines, and is instead crafted through the lens of African Americans.

Four years ago, Gov. Murphy campaigned that he would reestablish the state’s minority- and women-owned business set-aside program, which was disbanded 18 years ago. The program not only remains nonexistent, but New Jersey’s minority-owned businesses continue to receive less than 2% of the state’s valuable government contracts. This is at a time when, according to the Stanford Institute for Economic Policy Research, 41% of all Black businesses closed permanently between February and April 2020. And, as recently cited by the New Jersey Institute of Social Justice, the average white person in the Garden State has almost 10 times the wealth of an average Black or Latinx resident.

When it comes to our state’s public education system, what should serve as the pathway to upward mobility continues to be a mess of inequality and inconsistency for African American families.

We saw this when the state decided to give smokers COVID vaccines over our own teachers, dramatically burdening the opening of school districts and extending the learning loss of African American families across the state. But, frankly, once our children are finally back in schools, they will once again be put in classrooms with leaking ceilings, drink school water poisoned with lead and not be provided with computers, equipment and Wi-Fi access that is the norm for our state’s suburban areas.

And, perhaps most puzzling of all, the Murphy administration and his supporters will continue to ignore the wishes of tens of thousands of New Jersey’s African American families by criticizing and even demonize charter schools, an important, alternative source of hope families of color have for success and opportunity in our public school system.

If COVID has shown us anything, it’s that the power of words will no longer cut it, and neither will weak expectations.

For the last four years, we have seen Gov. Murphy carefully transform himself from a Goldman Sachs multimillionaire to the voice of our state’s progressive movement. It is now time for the governor to prioritize his most valuable special interest group — the African American community. He can begin by doing far better than 4% of the state’s vaccines finding my community’s arms. But he must do more. And, while the perception that he has taken African American voters for granted will have likely little immediate effect on his reelection effort, I am certain that, if something is not done, it will hurt New Jersey’s Democratic Party in the years to come.

Randal Pinkett is the co-founder, chairman and CEO of BCT Partners, a multimillion-dollar research, training, consulting, technology and data analytics firm headquartered in Newark. BCT’s mission is to provide insights about diverse people that lead to equity. In 1993, Pinkett became the first African American student to win the Rhodes Scholarship at Rutgers University.

Why long overdue Glassboro-Camden Rail Line would be big boost for...

Valuable 500: Milestone for companies helping those with disabilities