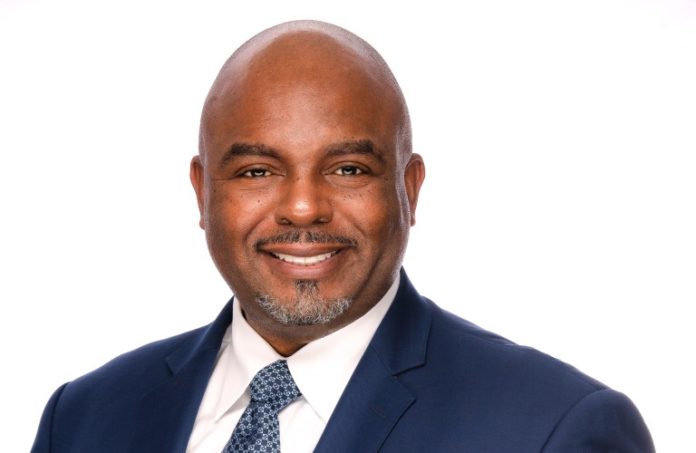 Saint Elizabeth University, which admitted men for the first time in 2016, announced Monday that it has hired its first male president: Gary Crosby.

Crosby, currently the vice president for student affairs at Alabama A&M University, will take over July 1. He succeeds Helen Streubert at the school, located in Morris Township.

Elizabeth Renyi, chair of the SEU board of trustees, said Crosby is the perfect candidate to lead the university going forward.

“Saint Elizabeth University is excited to welcome Dr. Crosby to our community. His mission-driven, strategic approach is an excellent fit with SEU’s legacy and the major transformation our institution has undergone over the past eight years,” she said. “We look forward to working with him as we continue to grow, expand and diversify through the ongoing evolution of SEU.”

Crosby also is the first African American to be president at the school, which achieved university status last summer.

He said he is eager to assume the role.

“I was drawn to SEU’s history of service in leadership to others, as well as its longstanding proactive commitment to diversity, equity and inclusion. Its focus on social justice, dating back to the institution’s founding by the Sisters of Charity of Saint Elizabeth, is more critical today than ever,” he said. “I look forward to advancing the university’s mission while supporting the opportunities and programs that make SEU a place I want to call home.”

The school was founded in 1899 by the Sisters of Charity of Saint Elizabeth and was among the first Catholic colleges in the United States to award degrees to women. It is named after Elizabeth Ann Seton, also the namesake of Seton Hall University.

The school’s final all-female class graduated in 2019. Its current enrollment is 1,272 — approximately 70% of which is female.

SEU officials said Crosby is recognized for his student-centered, mission-oriented and transformational leadership. He brings nearly 20 years of innovative and progressive administrative experience in higher education.

Since joining Alabama A&M in 2015, Crosby has been directly involved in universitywide strategic planning, management and advancement through the leadership of key operations such as enrollment management (admissions and recruitment, financial aid and registrar); student support services; diversity and inclusion; and student activities and leadership development.

Prior to joining Alabama A&M, Crosby served in various capacities at Jackson State University. While at JSU, he secured a multimillion-dollar grant from the U.S. Department of Education in support of faculty and student research, leadership development and scholarships. He also played a major role in the university’s successful reaffirmation by the Southern Association of Colleges and Schools Commission on Colleges.

A native of Hattiesburg, Mississippi, Crosby holds a bachelor’s degree in criminal justice from the University of Southern Mississippi. He also holds a master’s degree in political science and a doctorate in urban and regional planning from Jackson State University.

In addition, Crosby is a 2019-2020 American Council on Education Fellow at Rutgers University-Newark, holds a certificate in educational management from Harvard University and is a 2016 protégé of the Millennium Initiative of the American Association of State Colleges and Universities.

Streubert, who will remain president through June 30, was appointed the first lay president of then-College of Saint Elizabeth in 2013.

During her eight-year tenure, Streubert guided SEU through a period of dramatic transformation focused on continuing to provide a high-quality education to those who may not have had access to one. This included transitioning to fully coeducational in 2016, with a platform that furthered the commitment to the development of women’s leadership, the addition of health care programs and becoming a university in July 2020.

Crosby is the second person to be named as a university president in New Jersey this month. On Friday, Ramapo announced that Cindy Jebb would be its next president.

One River art education franchise to expand in N.J., N.Y.