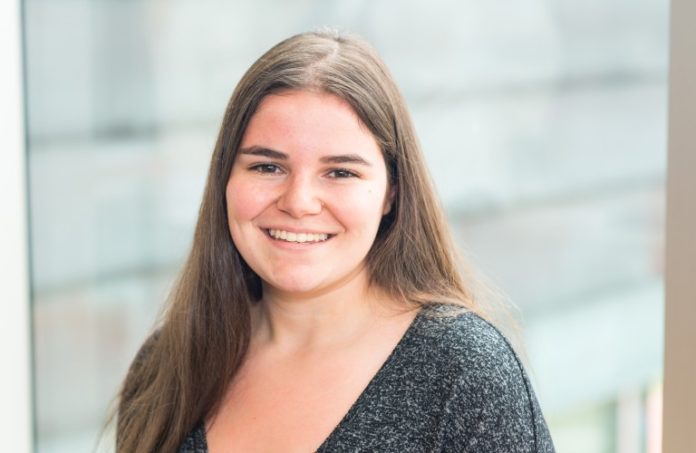 Gov. Phil Murphy’s administration announced last week that it will invest more than $100 million dollars from the Volkswagen Dieselgate settlement and Regional Greenhouse Gas Initiative to electrify our medium- and heavy-duty vehicles. This investment will fund the electrification of garbage trucks, transit buses, school buses, delivery trucks and more across the state.

Last December, the New Jersey Department of Environmental Protection announced that it is considering four regulations to reduce climate pollution from mobile sources in New Jersey. These rules come out of the Protecting Against Climate Threats process, in which New Jersey is trying to mitigate and adapt to the threats of climate change.

These electrification rules would help to finally tame the dangerous diesel pollutants emitted by the fleet of trucks on our roads. The Advanced Clean Truck Regulation would create a zero-emission sales requirement for class 2b (small delivery vans) through class 8 trucks (18-wheelers). A percentage of the sales of these trucks must be zero-emission, increasing each year from 2025 to 2035, which will accelerate the market for electric trucks.

The N.J. DEP released a report last fall laying out how the state can reduce its carbon emissions by 80% by 2050, noting that 42% of the state’s emissions come from the transportation sector. Although it focused on passenger cars, the report shows commercial trucks, despite being less than 6% of all vehicles registered in New Jersey, emit more than 18% of all transportation emissions, especially in urban communities.

Transitioning from diesel to electric vehicles will not just benefit our climate, it also will create huge public health improvements and economic benefits.

Medium- and heavy-duty vehicles have a top-heavy impact on air quality compared to passenger cars, which is especially important considering exposure to high levels of air pollution has been linked to higher death rates from COVID-19. Heavy-duty vehicles are about 10 times dirtier than light-duty cars when considering toxic air pollutants, which create smog and exacerbate asthma in overburdened communities along the New Jersey Turnpike.

High air pollution levels, and therefore poor air quality, do not threaten all New Jerseyans equally. Children and the elderly are at higher risk, as are communities of color and lower-income communities, as they tend to live along major travel corridors, or in cities with higher levels of traffic congestion. Electrifying the dirty diesel buses and trucks that drive our roadways everyday would make a huge difference in cleaning up New Jersey’s air.

Last October, ChargEVC, a diverse coalition working to promote electric vehicles, released a study outlining the costs and impacts of gasoline and diesel vehicles, while highlighting the benefits of electrifying New Jersey’s transportation sector. The most substantial finding was that the transition to EVs will cost nearly $140 billion less than doubling down on traditional internal combustion engine vehicles.

These savings come from a combination of lower operational costs like fueling and maintenance, emissions reductions and lower electricity rates for all ratepayers. The economic impacts of air pollution alone emitted from vehicles in New Jersey last year was $3.5 billion, a staggering impact. And all New Jerseyans will benefit from reduced air pollution and improved public health, as well as lower electricity rates.

A roadblock to accelerating the transition to electric cars, buses and trucks is the slow expansion of our state’s network of charging stations. President Joe Biden has a robust plan to create a nationwide EV charging network by building more than 500,000 charging stations over the next decade. This should supplement the investments New Jersey will make, but, even with the winds of change in Washington, we still need state leadership and investment.

Last summer, Gov. Murphy joined 14 other governors across the region to commit to electrifying our medium- and heavy-duty diesel truck fleet. The goals are to electrify 30% of sales in the next decade, and 100% by 2050.

A statewide network of charging stations, or the electric trucks and buses funded by the RGGI and Volkswagen funds will be prerequisites to electrify New Jersey’s roads. In the same way the NJ Clean Cars Act spurred leadership from other states and from the federal government, Gov. Murphy should move forward with both incentives and mandates. NJDEP should make New Jersey the East Coast leader for electric transportation by proposing, and then adopting, the Advanced Clean Truck Regulation and other electrification rules, to push the state towards a large-scale transition to EVs of all vehicle classes.

Hayley Berliner is the clean energy associate at Environment New Jersey, a state-based environmental advocacy organization, representing more than 80,000 dues-paying members and activists, based in Trenton and New Brunswick.

For HR execs, pandemic has spelled change now — from layoffs...