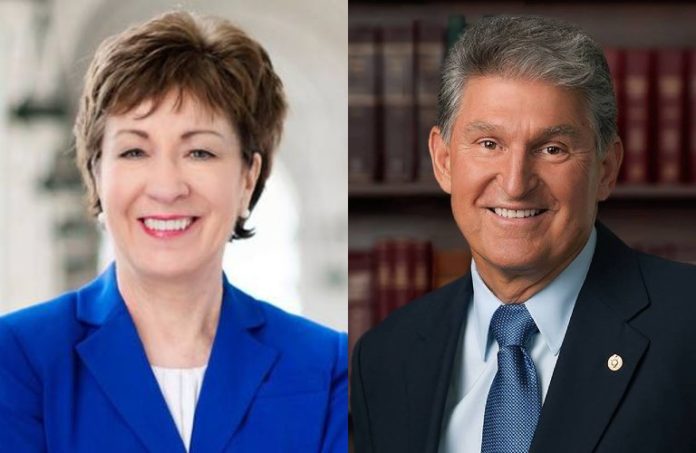 The program will be moderated by former Gov. Chris Christie and will focus on the importance of legislating in a bipartisan fashion.

“As our country tries to find real solutions to the challenges we face, there are not two more important U.S. senators to that task than Joe Manchin and Susan Collins,” Christie said. “The Christie Institute is honored to host them both at this crucial time in our nation’s history.”

Collins was elected to the U.S. Senate in 1996. She ranks 11th in Senate seniority and is the most senior Republican woman. She serves as the ranking member of the Transportation, Housing and Urban Development Appropriations Subcommittee. She also serves on the Intelligence Committee as well as the Health, Education, Labor and Pensions Committee.

Collins was considered one of the main swing votes on the confirmation of Supreme Court Justice Brett Kavanaugh.

Manchin, who formerly served as governor of West Virginia, was considered a main swing vote in the recent $1.9 trillion stimulus.

Dean Kathleen Boozang of the Seton Hall University School of Law said the school is thrilled to hold the event.

“Seton Hall Law has a strong legacy of producing Seton Hall lawyers who dedicate themselves to public service,” she said. “The Christie Institute Speaker Series on Public Service, together with our curricular guidance and externship opportunities, prepare our students well for these opportunities to serve others.”

Murphy: Reopening rules likely will apply statewide, not by region