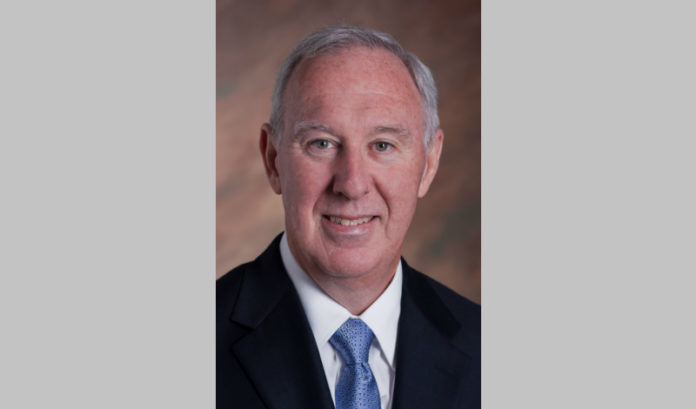 The company’s board of directors has elected Todd Brown, who has served on the board since 2012 and as its lead director since 2018, as the company’s next chairman.

Conlin’s retirement caps a multiyear succession planning process that started in 2019. He relinquished his role as CEO to Gary St. Hilaire in February 2020 and moved into the role of executive chairman in April 2020.

The announcement was made to Horizon employees this morning.

Conlin joined Horizon, the state’s largest insurer and one of its most influential companies, in 2012 as executive vice president, health care management. He was promoted to the role of chairman and CEO in November 2017, upon the retirement of Bob Marino.

During his time at Horizon, he had a major role in numerous prominent events at the company, including:

All of this came during a period when the Affordable Care Act, signed in 2010, dramatically changed the industry.

St. Hilaire said Conlin’s impact in New Jersey will be felt for years to come.

“Kevin Conlin has played a major role in shaping and improving health care for the people of New Jersey. His work building innovative care delivery and payment models with the state’s leading health systems and physicians has produced transformative and sustainable benefits,” he said. “That work earned him the trust and respect of those health leaders who shared his refusal to accept the status quo and who joined together to transform health care in New Jersey.”

Conlin said the strategy he championed intentionally broke down the traditional barriers that too often caused conflict between health care providers and health insurers. He saw the two as key partners who could better serve the interests of the patients and members they serve by understanding each other’s challenges and working together to develop new ways to deliver and pay for care.

Having spent a good part of his nearly 40-year career leading physician groups and hospital systems, Conlin said he used his deep understanding of the challenges facing providers to build relationships with New Jersey’s health care leaders. Those relationships ultimately produced partnerships and innovations that have yielded significant benefits for Horizon’s members and changed health care for the better in New Jersey.

By connecting payments to quality measures — such as infection rates, hospital readmissions or completed preventive screenings — and creating incentives for doctors and hospitals to eliminate procedures or treatments that were not producing benefits for patients, Horizon was able to work with its partners to produce better outcomes and reduce the total amount being spent on care.

Today, more than 70% of the doctors in Horizon’s network participate in at least one value-based arrangement with the company. In 2018, Horizon members treated by a doctor participating in a value-based arrangement had 4% lower rate of hospital inpatient admissions, 6% higher rate of colorectal cancer screenings, 7% higher rate of breast cancer screenings and a 2% reduction in potentially avoidable ER visits.

Brown said Conlin took that same collaborative and inclusive approach with those he worked with inside the company, including the board of directors.

“One of Kevin’s strengths is his ability to engage and inspire the people around him,” he said. “He won the confidence and admiration of his fellow board members just as he did the 5,500 employees he led to achieve so much for the company and the members we serve.”

Conlin, a native of Delaware, has long been connected to New Jersey. He earned a bachelor’s degree in biological sciences from Rutgers University, where he was a four-year player on the school’s football team, in 1980. He later earned a master’s degree in health administration from Duke University.

Do you have diabetes? Learn more about the disease