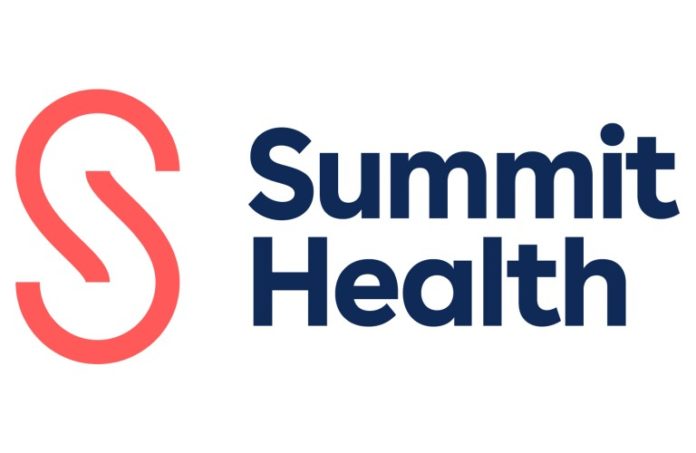 Dr. Jeff Le Benger can finish the sentence himself. He knows the potential of his new brand, Summit Health, which was introduced Thursday morning.

“I think this brand puts us in a point where we could go to other geographic markets around the country,” he said.

But Le Benger, the CEO of the brand formerly known as Summit Medical Group, the brand that also includes CityMD urgent care centers, the brand he has grown tremendously in the last decade — said he knows a thing or two about scale.

“I will tell you that, with 25 million people in the New York metropolitan area, it’s a big enough market,” he said. “There is plenty of opportunity here. We want to get it right here, first.”

That’s not to say Summit Health and the CityMD franchise are not going to scale. They are — in a big way. It was part of the impetus to do the rebranding, Le Benger said. It’s part of the hub-and-spoke model Summit Medical Group used so well.

There are “hubs” scheduled to go up in Montclair (this summer) and Clifton (next year). Le Benger said there may be a third New Jersey location, too.

Those circles now include the New York City region — all of the boroughs of New York, including Manhattan, as well as Nassau and Westchester counties are possibilities.

Le Benger said he is hoping to open 4-6 new hubs in the metro area in the next 2-3 years. CityMD will be growing, too. Le Benger plans on 18 more locations, with a half-dozen or so of those coming to New Jersey.

The expansion isn’t limited to physical locations. Le Benger said the pandemic has sped up what already was a fast-paced move to more digital offerings.

“We are spending tens of millions of dollars on our digital transformation model and our data analytics,” he said. “Within the next few months, we are coming out with a digital app on the phone, for scheduling, preregistration, bill paying — whatever is needed.

These are expenses worth taking on, he said.

“We are heavily investing in this because it would improve the outcomes and the quality of all our patients,” he said. “And for me, because I still practice, that is the most important thing. It’s always patient-focused care.”

The rebranding is a way to show everyone that Summit Health is a fully integrated health care provider.

When Le Benger looks to the future, he sees a vision where Summit Health could become a bigger player in Medicare Advantage, too.

“Medicare Advantage is an unbelievable way to save health care dollars in this country,” he said. “But, what it requires is a comprehensive network where you really manage the patients well.

“So, I think that there are partnerships with payers, as well as hospitals, to create these comprehensive networks to help manage the elderly patient better for more seamless care to get higher quality metrics on those patients. I think we could do something more with our relationships with payers to effectuate the greatest savings for that health care dollar.”

Le Benger said his integrated multispecialty model has been proved to improve care and lower costs in northern New Jersey.

It’s time to increase the market — but, while staying close to home.

“We always beat total cost of care compared to our marketplace, and our net provider score is over 85, which is unheard of in this industry,” he said. “That’s the model that I want to bring to the New York metropolitan area.”

For Edgewood Properties, 30 years of building — and giving back