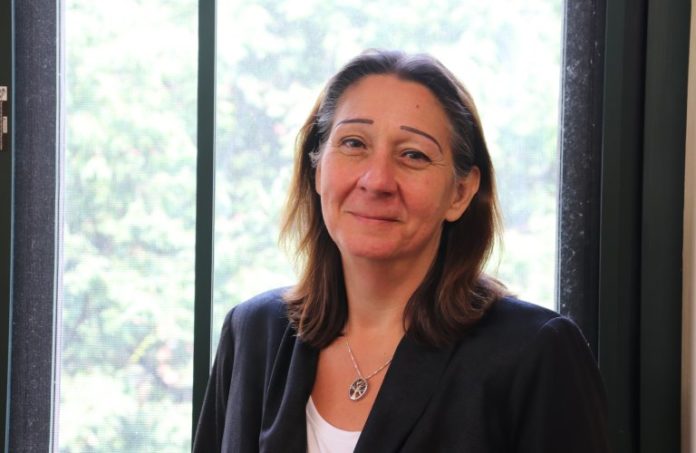 Franceline Ehret will succeed Hetty Rosenstein as the New Jersey state director for the Communications Workers of America, District 1, the union announced Thursday.

Ehret was praised by CWA officials, who said she has a lifetime of activism and a track record of organizing, bargaining and fighting for working families. Since 2013, she has served as a national staff representative at CWA. Prior to that, she was president of the Turnpike Workers Union, IFPTE Local 194, where she fought efforts to privatize the New Jersey Turnpike under both Govs. Jon Corzine and Chris Christie.

The CWA represents more than 70,000 working families in the Garden State — including 40,000 state workers, 15,000 county and municipal workers, and thousands of workers in the telecommunications, airlines, health care and direct care industries. It is considered one of the state’s most powerful and influential unions.

“For the last 14 years, Hetty Rosenstein has played an indispensable role in everything that District 1 does in New Jersey,” he said. “But there is no one with better collective bargaining skills, stronger political instincts or who reflects CWA’s values more than Fran Ehret. Hetty has left big shoes to fill, but I am confident that Fran Ehret will do an outstanding job.

“We will have a smooth transition in New Jersey. We will not miss a day of aggressive representation of our members. And we’ll continue to be leaders and organizers in New Jersey’s workers’ and civil rights movement.”

Ehret said she looks forward to the opportunity.

“I’ve been incredibly fortunate to have two strong, fearless, visionary union leaders as mentors in my life: my father and Hetty Rosenstein,” she said. “I grew up in a union household, where we never passed a picket line we didn’t join.

“I’ve grown so much at CWA, a union that involves members in every issue that impacts working people. I’ve watched Hetty strategize various campaigns, talking through bargaining roadblocks and working with her on organizing initiatives. We have a tremendous staff at our district office, and I look forward to meeting the challenges ahead together with them and our awesome locals.”

Ehret has been a member of the New Jersey Democratic State Committee for a decade. A leader in the LGBTQ community, Ehret is the daughter of Frank Forst — a lifelong labor leader and the father of the New Jersey’s public sector collective bargaining movement — and Norma Forst, a leading Puerto Rican community activist in the Democratic Party.

Rosenstein recently announced her retirement from CWA after 40 years with the union — the last 14 as New Jersey state director. Rosenstein played a key role in the 1990s reforms of the Division of Youth and Family Services, in unionizing thousands of home child care workers and in fighting the privatization of Motor Vehicles.

Rosenstein’s final day with CWA will be April 2.