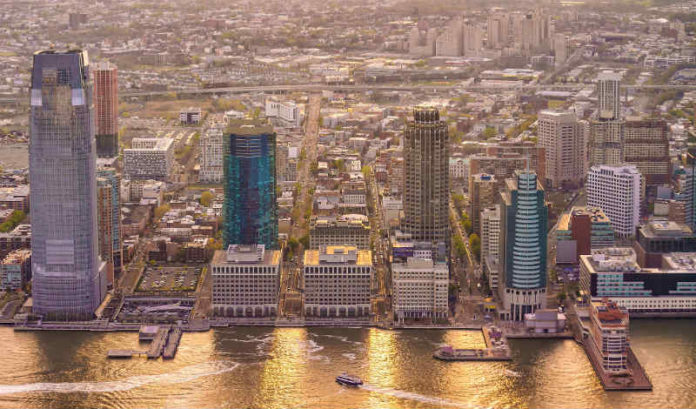 Under the ESIP, Jersey City would become the first city in the country to create a self-sustainable municipal microgrid, utilizing the 1.23 megawatt solar panel array installed at the Department of Public Works last year. It will ensure continuity of vital service operations utilizing the municipal electric vehicle fleet operations, specifically EV garbage trucks.

Jersey City is the first city on the East Coast to have EV garbage trucks in its municipal fleet. The microgrid takes the city’s efforts a significant step further by proactively preparing to provide power so operations can continue through any type of power outages and emergencies with a 100% reduction in greenhouse gas emissions.

The resolutions will go before the Jersey City Council on March 23.

Fulop said the plan will save taxpayers $21 million in energy and operational costs over 20 years while funding over $19 million in urgent capital needs — all while achieving ambitious sustainability goals by maximizing funding from outside sources, such as utility rebates and incentives.

Fulop said the time to take these actions has never been more apparent.

“Having experienced Superstorm Sandy and, more recently, witnessing the devastating power outages in Texas last month, we’ve been working to establish a strong and resilient infrastructure to keep our community safe and healthy, every day and through every level of emergency,” he said.

“This microgrid and the entire ESIP program will serve as a national resiliency model, saving us millions of dollars and significantly reducing our carbon footprint, while improving air quality and the overall health and quality of life for our residents.”

The resolution also will approve a $500,000 contract for the Public Service Electric & Gas Direct Install/“Energy Savers” program, which is a turn-key energy efficiency program. This program will further drive significant budgetary savings by installing the following across 22 city-owned facilities:

PSE&G will pay for the majority of the costs as part of New Jersey’s clean energy policies and energy efficiency incentives. The city’s monthly savings would exceed monthly energy payments, therefore this would have a net positive impact on Jersey City’s utility costs and help fund other improvements within the ESIP.

Dawn Zimmer, the former mayor of Hoboken who now works with Schneider Electric, supported the plan.

“The $21 million in energy savings and incentives generated by this landmark ESIP project will help Jersey City lead the way in promoting sustainability, energy efficiency and resiliency while funding urgent capital improvements.”

As part of the administration’s sustainability and resiliency efforts to ensure reliable operations, the Mary McLeod Bethune Life Center — which provides vital community services, including current operations as a vaccination site and a Red Cross emergency shelter for the community — is one of the 22 city buildings to be retrofitted with energy updates including HVAC replacement, a new roof and solar power.

The resolution to formally adopt the full ESIP is scheduled to go before the city council for a vote in April.