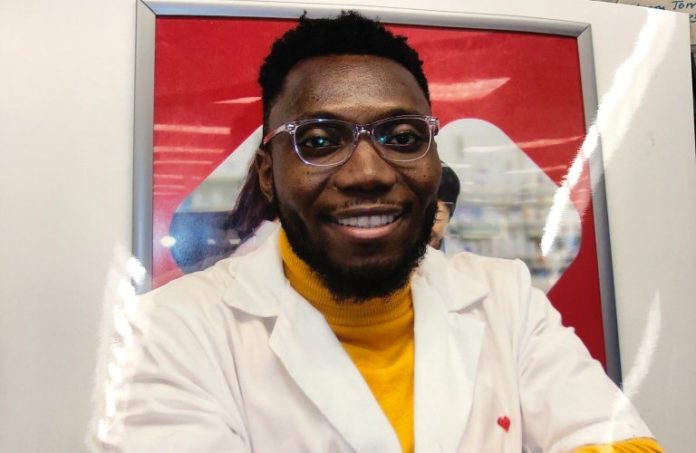 The empanadas are much appreciated. As is the Jollof rice. And the variety of Polish dishes the staff had never experienced before. Then, there is the assortment of cookies and pastries — all of which seem to show up around lunch time.

The widescale attempt to vaccinate millions of Americans in just a matter of months has led to hundreds of vaccination centers and sites throughout the state. But, while the goal is to get people through the process as quickly as possible, the short interaction is leading to special bonds between patients and health care providers.

Nowhere is that more evident than at a CVS pharmacy located in Union.

Pharmacy Manager Oluwaseun Oke said he and the staff have been overwhelmed by the kind gestures they have received from those coming into the store.

And it’s more than just the food and the “Thank You” cards that seem to arrive daily. It’s the stories they hear while giving the vaccine.

“It’s been really rewarding,” Oke said. “On a day-to-day basis, I can’t tell you how many people cry with joy, gives us the biggest smile or just tell their whole backstory.

“I’ve lost count people who have told me they haven’t been out of the house for months and that we are a life-saver for them.”

Oke, who started at CVS as a pharmacy tech before heading to pharmacy school, has been with CVS for just under six years. He has been the store manager at the Union location for about nine months. The program, he said, has helped him build a connection with the community.

“It has changed everything,” he said. “When you come into a store where no one knows you, it can be tough. Especially at this location, where we have a lot of customers who grew up in this town and have been coming here 20-30 years.

“This situation has allowed me to bond with customers at a faster rate — even over something as bad as COVID has been.”

Oke recognizes the seriousness of the pandemic, especially in the community where his store is. COVID has disproportionately impacted people of color. It’s one of the reasons he’s so grateful to do what he does.

“My location is predominately serving patients who are considered high-risk,” he said. “They are 65 and older and/or from underserved communities. We have a number of African American and Hispanic patients. So, a chance to get the vaccine to these communities is just amazing.

“Being that person who can make their day better has been really rewarding, because it’s exciting to see that they come in nervous and leave really happy.”

It’s the reason Oke and his crew often pick up extra shifts to get the vaccine to their community. Oke said it is there way of giving back. And their turn to do so.

“This is our chance to kind of join in the fight,” he said. “Here’s my stance: The reason I went into the profession was because I wanted to make a difference. That’s usually a vague thing. Not now. This is a once-in-a-lifetime opportunity.

“So, if that means picking up an extra shift or working extra just to help, it’s my way of contributing to the fight. A lot of doctors and nurses in the hospitals did their thing when the rates were going up last spring, working nonstop for two or three weeks at a time. So, for us, in an outpatient setting, working a little more is our way of contributing to the fight and showing our commitment to the community.”

Even COVID crisis couldn’t stop Kinsey, age 80, from going to...