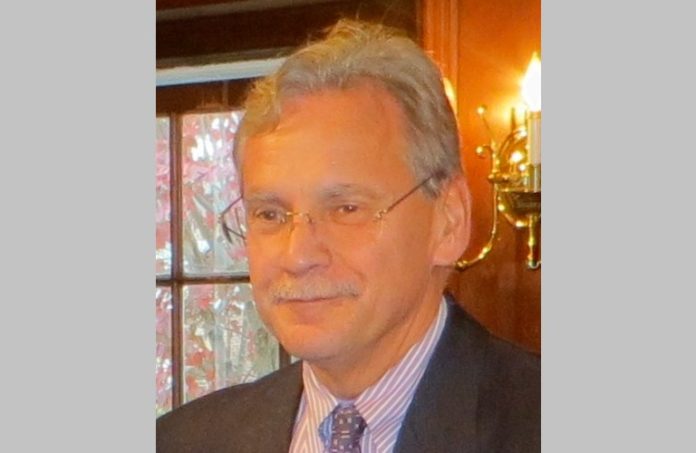 Jeff Tittel, the longtime director of the Sierra Club’s New Jersey Chapter and a fierce advocate for the environment, announced Wednesday that he will retire, effective May 1.

“I’d like to thank everyone who I had the pleasure of working with over the years as New Jersey Sierra Club’s director and the accomplishments we made together,” he said.

“You have been part of my extended family, and I will miss our camaraderie. We worked from one end of New Jersey to the other and everywhere in between, whether it was working to protect the Pinelands, cleaning up toxic sites, protecting our parks, reducing climate change impacts, saving open space in the Highlands, protecting our clean water and more. Thank you for all of your kind words as I prepare for retirement.

“Moving on was a hard decision. However, given that I have spent 51 years as an environmental activist and almost 23 years as the New Jersey Chapter director, I felt it was time to make a change.”

For nearly 23 years, Tittel has been one of New Jersey’s strongest and most unrelenting advocates for the environment — a constant presence among Trenton’s lawmakers, this knowledgeable, dedicated and sometimes outspoken lobbyist has been involved in every major environmental legislation passed in the state since 1998.

He has been instrumental in helping pass landmark legislation, sometimes in the face of strong opposition. Always well-informed and detail-oriented, Tittel has worked on behalf of New Jersey’s citizens, sitting with industry leaders and legislators to ensure that laws were stronger, and with fewer loopholes than they would otherwise have been.

Longtime legislator Loretta Weinberg (D-Teaneck), the state Senate majority leader who also has announced her retirement, said the loss of Tittel will be felt by everyone.

“It’s hard to imagine the Sierra Club without Jeff Tittel,” she said. “He was never shy; never retiring; never someone who is afraid to fight for the values of the Sierra Club, as well as his own.

“He has contributed mightily to a cleaner environment for me and for all the generations who come after us. His leadership will be missed, but I know he has built an organization that will continue to fight for a better, cleaner future.”

State Sen. Kip Bateman (R-Somerville) showed there was great respect for Tittel on both sides of the aisle.

“Jeff redefined environmental advocacy in New Jersey when he became director of Sierra Club,” he said. “At the time, environmental organizations simply didn’t have the influence or the sophisticated strategic thinking that could really move legislative decision making or mount bold, effective campaigns.

“But Jeff made that happen — he brought intelligence, a background grounded in social justice and democratic principles, and true grit to the job of fighting for the environment in New Jersey. And that changed the New Jersey we live in, immeasurably benefiting us all and the natural world.

“Jeff’s retirement will leave a void that can’t ever be filled, but what he has contributed has enriched our state and will far outlast his, and all of our, tenure.”

The Sierra Club said Tittel may be best remembered for his memorable one-liners, for example calling an environmental commissioner a “pander bear,” wondering whether Passaic’s Great Falls might soon be called “Viagra Falls” due to the levels of pharmaceuticals in the water or called the proposed changes to the bear hunt “Murphy’s Unbearable Hunt.”

“I can take complex issues and explain them simply,” Tittel said.

Rich Isaac, chair of the Sierra Club’s New Jersey Chapter, said Tittel was a champion for the environment.

“Jeff has worked tirelessly in Trenton working to protect our state’s clean air, water and soil, to fight for the rights of people living in overburdened communities and to combat climate change,” he said. “He will leave some very big shoes to fill.”

Tittel has been instrumental in the passage of landmark legislation. Here are a few examples:

Murphy to return from trip one day early, due to death...