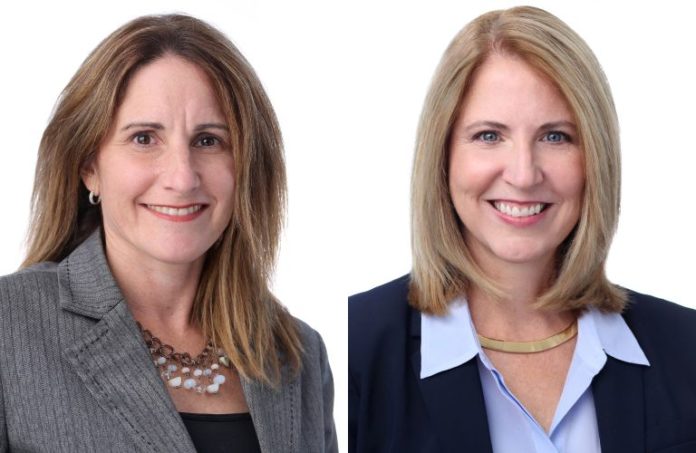 It might make for a light-bulb-going-off analogy, if it weren’t so glaringly obvious already: Women can make successful leaders in the energy sector.

And there are at least two shining examples of that in New Jersey.

There’s no better way to celebrate Women’s History Month than to make it. And South Jersey Industries, or SJI, is highlighting this March that some of its highest-ranking executives are women in a long male-dominated sector.

Two of the energy holding company’s local natural gas utilities have women in top posts: Melissa Orsen of South Jersey Gas and Christie McMullen of Elizabethtown Gas. After spending about two years at their respective energy companies, the pair say they’ve seen a lot of progress in the industry — and have more work to do before the industry loses its “male-dominated” adjective.

Orsen, who entered the sector after serving as CEO of the New Jersey Economic Development Authority under former Gov. Chris Christie, wasn’t deterred by the fact that the industry isn’t known for its friendliness to women … and still isn’t.

“I was asked a question very recently about whether I hesitated coming to this company because it’s a historically male-dominated industry,” she said. “I was taken aback, because that never even crossed my mind as a concern.”

Orsen started as SJI’s senior vice president and general counsel before being appointed the chief operating officer and president of South Jersey Gas in July of last year.

She’s the daughter of a prosecutor and recalls listening to wiretaps on car rides in her youth. It’s a different path that took her to the role she’s in than McMullen’s — namely, a 15-year career in regulatory agencies.

McMullen, who was named president and chief operating officer of Elizabethtown Gas in 2018, has served in various energy and engineering capacities for three decades, most recently as a leader at Baltimore Gas and Electric.

She started as an electrical engineer, following in the footsteps of her engineer father. She was also competitive with her older brother, she added. That meant if he had the option to do something in STEM, she should, too.

As different as her career route might have been from Orsen’s, she’s had many of the same awkward questions posed to her. Like when she was asked at a college career fair if she’d really be able to work in a job held almost entirely by men.

“There was a response that I wanted to give but didn’t, thank goodness,” she said. “But I was already accustomed to being just one of two or three women in a 200-person lecture hall.”

Both of these leading women say they’re interested in trying to change that narrative. They promote company initiatives that involve mentoring young women who might work their way up the ranks behind them.

Orsen said it’s important to impress upon women that they’re not in it alone when it comes to a career in the sector, and that they can lean on others when starting their career. In short, it’s OK to ask for help.

“You need to have someone in an organization who you can bounce something off of, someone who genuinely has your best interests at heart … and can give you unapologetic feedback,” Orsen said. “Those relationships carried me through my entire career.”

There are more prospects for women in the industry than there once were. A company such as SJI likes to tout that, since last year, half of its new hires have been women and that about 40% of its leadership posts are staffed by women.

But the reason both of these leaders like to say they focus on the present and not the past is that, while things might be better, that’s never a good measure of how things should be. There always remains gaps and disparities.

“One of my favorite things is going out to job sites and talking to the guys, who are so candid and real about what they’re doing,” Orsen said. “But we definitely don’t see enough women out there.”

McMullen echoed that sentiment. And they’re eager to do something about it.

“For those field positions, we’re trying to partner with tech schools as well as the military, because that’s a great source of women for our industry,” McMullen said. “These are our employees out there with customers, so we’re trying to get more women into those positions.”

McMullen and Orsen don’t want a generation of women to miss out on what they call an exciting time to work in energy, as the industry adapts to the call for more renewable investment by incorporating technologies that can reduce natural gas companies’ carbon footprints.

McMullen described efforts to turn organic material — cow manure at dairy farms — into renewable natural gas. SJI has invested in the rights to develop a way to do that with “anaerobic digesters,” or microorganisms that break manure down into a raw material that can later be processed into a form of natural gas.

At the same time, Elizabethtown Gas is embarking on an energy efficiency plan that has it partnering on a decarbonization project with Atlantic Shores Offshore Wind, a joint venture company formed in 2018 to assist in development of wind farms in the New Jersey Wind Energy Area near Atlantic City.

They’re both hoping to usher in a bright future in energy.

“You get to a certain point in your career and you think, not just what’s my responsibility, but what’s my legacy,” McMullen said. “I’m the caretaker of this organization and I want to leave it as good or better than how I received it.”

One step closer: Monopile manufacturing facility in Paulsboro has groundbreaking