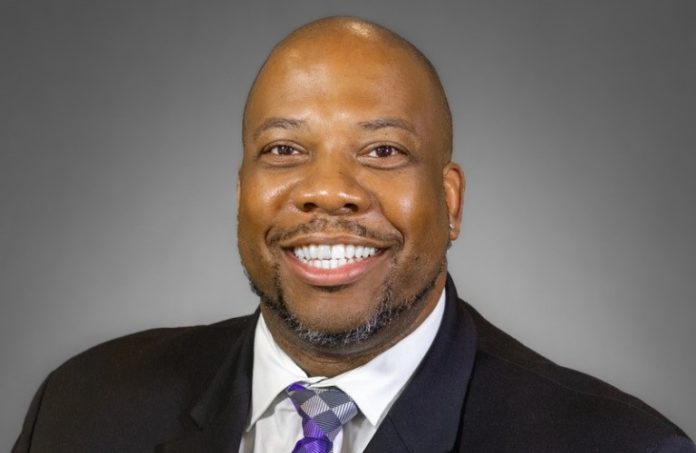 Kenny Armwood, a dynamic local official who began his career in public service at 19, when he was elected to the Piscataway school board, died Monday morning — leaving city, county and state officials in shock.

Armwood, who was serving as deputy director of the Middlesex County Board of County Commissioners, was a lifelong resident of Piscataway and a graduate of Rutgers University. He was 46.

“A friend of not just me, but of thousands in our state,” he said. “This one really hurts. His passing is a huge loss for Middlesex County and our state. Kenny lived and breathed public service. He had so much still to do and give back. My thoughts and prayers are with his family, his colleagues and his friends.”

Assembly Speaker Craig Coughlin (D-Woodbridge) said he will remember Armwood for having an infectious, warm personality and a quick smile. And a zest for public service.

“He was dedicated to improving schools, supporting local businesses and the arts and expanding opportunities for education and job training,” Coughlin said. “We see his work shine in the All Children’s Playground at Quibbletown Park, at the Annual Business Summit bringing together business and government partners, and in the vast online programs now available through the Middlesex County Business Portal.

“Kenny embodied all the good of Piscataway,” he said. “He was an integral part of the community, not only because of his longstanding public service in his short time among us, but because his number of friendships that are too large to count. He may very well have been the most liked person in Piscataway with his gracious smile and open hand of camaraderie.”

His impact, Wahler said, is everywhere.

“Everyone has a good story about Kenny Armwood because, when he came into your life, it had a wonderful and profound impact,” he said. “He mentored the young and he listened to all. He was a natural born leader and a compatriot to every walk of life in every neighborhood. To say he will be missed is an understatement because the vibrancy of any community event would bloom when he arrived.”

“Kenny had a voice that was not only profound and visionary, but also comforting and inclusive,” she said.  “A silence has fallen over the county today and we grieve together in our profound loss of a friend to all.”

Armwood’s career in public service touched many areas. While on the board of education, he served as a member of the Middlesex County Task Force on School Violence, which created an emergency response manual for schools throughout the county. The manual is now a model for the state.

He was elected to the Piscataway Township council in 2004, serving until 2013. He was the council president in 2008 and 2013. He joined the county commissioners in 2013, where he oversaw the county’s Business Innovation, Education and Opportunity Committee, which fosters economic, cultural, artistic and educational development.

And, while his impact was greatest in his community, his efforts reached outside of the county lines, too.

Union County Commissioner Angela Garretson, who led the fight to change the title of freeholder to county commissioner, said Armwood stood with her during the battle.

“He was one of the leaders in this movement,” she said. “I will always be grateful for his leadership and his friendship.”