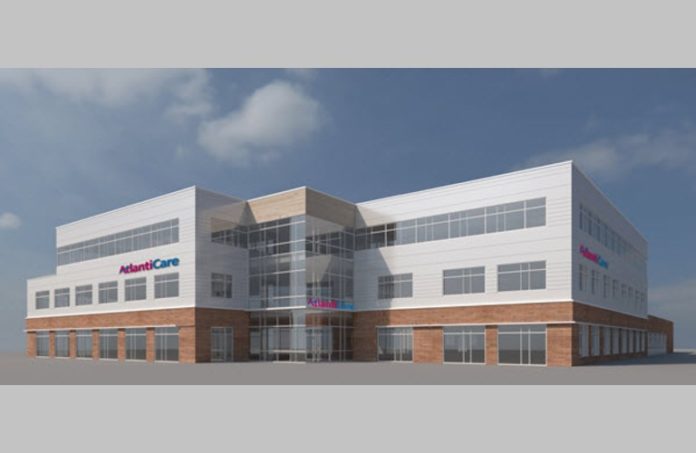 The three-story, 69,700-square-foot facility is intended to significantly expand access to care for underserved populations and help close the gap in health care disparities. In addition, the pavilion will aim to enhance AtlantiCare’s Medical Education Program, proactively addressing an anticipated nationwide shortage of physicians.

The facility will be on South Ohio Avenue, across the street from AtlantiCare Regional Medical Center’s main campus. AtlantiCare officials said they plan to open the facility by the end of next year.

It also will feature an urgent care center and a dialysis unit.

Expanding AtlantiCare’s Medical Education program will provide opportunities for its graduate medical residents and medical students aimed at addressing the growing need for physicians in New Jersey and the anticipated nationwide shortage of physicians.

The project got final approval from the CRDA in the winter, when CRDA announced it would donate the property for this facility by transferring ownership of the land to AtlantiCare.

The groundbreaking was intentionally set for March 30, which is National Doctors’ Day.

AtlantiCare is an integrated health care system based in Egg Harbor Township. Its more than 6,000 staff, providers and volunteers serve the community in more than 100 locations in Atlantic, Burlington, Camden, Cape May and Ocean counties of southern New Jersey.