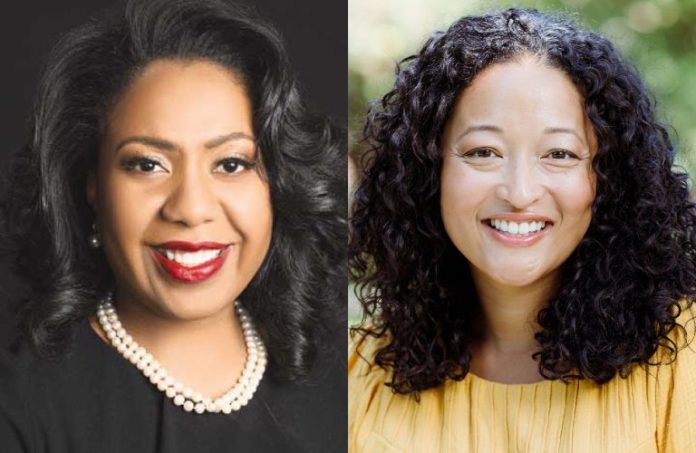 Michellene Davis and Denise Woodard will be honored later this month by national advocacy organization Gratitude for Black Girls, during the organization’s third annual celebration of Black Women and Girls.

Davis, executive vice president and chief corporate affairs officer of RWJBarnabas Health, will be presented with the inaugural Michellene Davis Award for Social Innovation. Davis has created systems and ladders of opportunity throughout her career.

Woodard, the founder and CEO of Partake Foods, will receive the Gratitude Award for Social Entrepreneurship. Partake Foods, based in Jersey City, is an allergen-free cookie company with national distribution through retailers such as Target and Whole Foods that has attracted $1 million in venture capital funding from Jay-Z’s Marcy Venture Partners.

The pair will be honored April 24 during the organization’s THIS IS FOR US event, which will be virtual this year.

“At THIS IS FOR US, our third annual signature event, we are honoring women around the country who embody passion, purpose and gratitude as a verb as they blaze paths for other women of color,” she said. “We are proud to honor Michellene and Denise as part of our inaugural class of honorees, women who have not just created their own paths, but have intentionally invested in making way for others.”

Spurlock said the organization aims to be a vehicle for inspiration and recognition.

“The term ‘Black Girl Magic’ has become normalized in popular culture, but what it’s done is masked the very hard work that Black women do to show up authentically — at home, at work, at school and even in entertainment,” she said.

“As a double minority, we have to be twice as smart and work twice as hard to be seen, heard and valued. Our event is designed to inspire and motivate Black women and girls, and I cannot think of two more inspiring individuals to be honored.”