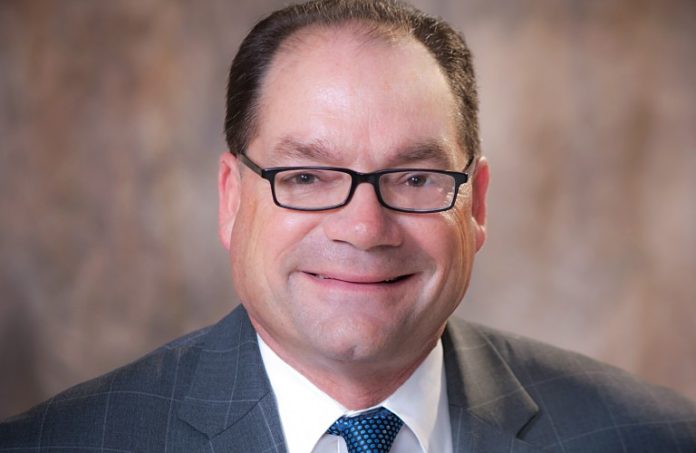 How’s this for a vaccination site, asks Larry Downs: The place where many people have always gotten vaccinated?

The not-so novel idea from Downs, who heads the Medical Society of New Jersey as CEO, is that the large network of local physician-run private practices that have brought in patients for years and made sure they were up to date on vaccines as part of their regular care should’ve been engaged during New Jersey’s race to get shots in arms.

Downs’ organization — actually, the oldest professional society of any sort in the U.S., founded during the American Revolution — represents physician groups that largely weren’t factored in at all.

“We’ve done this for decades,” Downs said. “But, for some reason, both President Joe Biden’s administration and Gov. Phil Murphy’s administration have decided, ‘No, we’re going to use these megasites,’ and make people go somewhere other than where they’re used to going to get vaccines.”

No matter where vaccines are offered, people have to be willing to roll up their sleeves.

The public’s hesitancy has been a heavy load for health officials. William Soliman, CEO and president for the Accreditation Council for Medical Affairs, said the perhaps painful truth is that companies manufacturing the vaccine have been part of the problem.

Soliman proposes that what his organization does might help instill some more confidence. It offers a learning platform and a board certification process for the pharmaceutical companies’ liaisons who visit doctor’s offices and hospitals.

“With manufacturers playing such an important role in the pandemic equation, we have to start making sure all their professionals out educating professionals have certification,” he said. “Especially with doctors inundated with COVID-19 cases, they’re relying a lot on information from pharma companies. So, we have to hold them more accountable.”

Pharma company representatives shape a lot of what doctors know, and thus inform patients about therapeutics and vaccines, Soliman said. But there’s no required, industry-standard certification for these professionals.

“We’ve even heard of bad actors in the industry bouncing around from one company to another,” Soliman said. “When you do something such as embezzle from a bank, you’re blackballed from the entire finance industry. A lot of what’s true for other sectors should be applied here.”

Public skepticism about the COVID-19 vaccines has been a talking point, he added, but there has also been some skepticism inside the medical community as well.

“So, it’s in the interest of public health that we have qualified, certified people reaching out to doctors about the vaccine and other therapeutics,” Soliman said. “And we think, if the public also had reassurance that the people educating the medical community were qualified by an outside organization, they would have more peace of mind, too.”

Downs believes it’s one of the biggest errors that policymakers at both the state and federal level have made in terms of the vaccine rollout, especially when one of the most widely reported stumbling blocks to having more protection against the coronavirus is patents’ vaccine hesitancy.

New Jersey’s residents have primarily been asked to visit community centers, county megasites, retail pharmacy chains and some hospitals and health departments to receive the vaccine.

Downs said family practices, especially smaller ones and those run independently and disconnected from larger health systems, haven’t been included.

“It’s not for want of us asking,” he said. “And many practices have signed up or applied to be a point of distribution for their community. These are practices that could vaccinate 800 or 900 people on a weekend, people they’re seeing for problems such as obesity — COVID’s risk factors.”

These private practices might have unvaccinated patients with chronic health conditions booked for appointments already. Downs said it wouldn’t be a difficult task for those trusted family doctors to discuss the benefits of the vaccine with the patients at an appointment. And they could make it easy to agree to receive one — if they had it ready to go there at the physician’s office.

The reason Downs was offered for these practices not being high on the priority list was the unique cold storage requirements, particularly for the Pfizer-BioNTech vaccine. But, he added, that’s tough to square with Johnson & Johnson’s approved COVID-19 vaccine, which is stable at refrigerated temperatures.

“And then, I’ve also been told there isn’t enough supply yet for physician offices,” he said. “That’s where I kind of push back a bit. There was a decision made on how to distribute the supply that was available — and it didn’t involve coordinating with a lot of physician offices.”

The largest independent multispecialty physician group in the region, Summit Health, invested about $50,000 in ultra-cold freezer systems without knowing for sure which vaccine it might be able to help administer.

Dr. Kerry Le Benger, chief medical officer and clinical immunologist at the organization, said it was initially offered enough supply to do thousands of doses a week, but that quickly came to a trickle as priorities for vaccine distribution shifted.

“Our allotment slowed down as fires of infection needed fighting,” he said. “It was a disappointment, but I don’t fault anyone for that. I understand where the state was coming from.”

Having a physician group that knew its patient population had its advantages in the rollout.

“We were calling the patients … not the other way around,” he said. “We sought out the high-risk patients — obese patients, those with heart failure — and those from the demographics of who’s dying in the hospital. The state can’t necessarily do that.”

Le Benger commended the state’s ability to vaccinate the majority of people who were otherwise expected to have a bad outcome if infected with COVID-19.

He added that physician practices such as Summit Health’s are sending staff to help the vaccination effort where the shots have been distributed.

As a clinical immunologist, he’s well aware of the risks of future virus variants. And, so, he’s happy to participate in having more people vaccinated, no matter where it’s happening.

“If the virus gets into a 34-year-old muscle builder, even if that person just feels lousy for a couple days, it comes out a different strain,” he said. “That’s the concern, and why it’s important to get everybody vaccinated.”