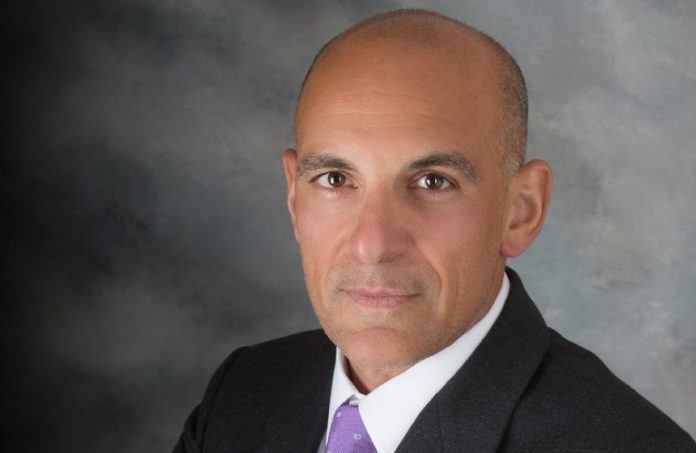 Not too late, not too early, Dr. Stephen Zabinski says — it’s just the right occasion for New Jersey’s orthopedic medical practice landscape to undergo a transformation.

Zabinski will be the leader of what’s set to be the largest orthopedic group practice in the Garden State, Ortho Alliance NJ. The entity is being created through the fusion of six former private practices.

If it happened a year ago, those once-independent organizations would’ve been blindsided by COVID-19 and couldn’t have benefited together from the coronavirus relief funds that were made available to smaller businesses and institutions such as theirs individually.

A year later, and any of them could’ve suffered the sort of high-budget, catastrophic episode that can put a small private practice out of business before they had the opportunity to combine into a more resilient organization. The pandemic hasn’t been kind to this medical specialty, which, due to the nature of the work, benefits less from telemedicine than other areas of health care.

Those in orthopedics fix some complex systems: bones, muscles, cartilage and everything else that make up the body’s musculoskeletal network.

But there’s one chronic issue they haven’t been able to repair: The fact that orthopedic surgery has the lowest percentage of women and people of color of all medical and surgical subspecialties, according to medical journal reports.

“This has been traditionally a male-dominated field,” he said. “We actively within our now six divisions of this alliance have diversity in regards to female surgeons and physicians as well as those of various ethnicities.”

He’ll admit there’s more progress to make, and the industrywide numbers bear that out. While women make up about half of medical school graduates, they represent only 14% of orthopedic surgery residents, according to a study in the Iowa Orthopaedic Journal.

Black and Hispanic orthopedic trainees are only 4.1% and 2.7%, respectively, of the total residency pool, according to that survey. That’s less of a third each of how large a share of the United States population they make up. The medical journal’s report pointed to a 2010 study that found there were about 14 times the number of white applicants to orthopedic surgery residency for Black and Latino trainees.

Zabinski’s perspective is that orthopedic groups are not only beholden to what medical schools offer them as job candidates, but who has chosen this specialty among all the others. Still, he said, the medical specialty needs change.

“It’s so incumbent you maintain diversity when those are the patients you’re treating,” he said. “You want to be reflective of the population base you’re caring for.”

So, Zabinski believes it’s a perfect moment for the 85 physicians across 22 different office locations to band together to form Ortho Alliance NJ.

And he’s choosing now to highlight what makes it a better choice than alternatives: Being acquired by hospitals, health systems or private equity firms, or simply going it alone.

That last option has fallen increasingly out of favor with the changing health care economics and the new influence of population health on reimbursements for practices. Population health-based care hasn’t yet reshaped the orthopedic specialty, Zabinski said, but he expects it will.

“And the ability to understand population health — something that’s still probably 10 years away (for the orthopedic practice) — and monitoring outcomes, monitoring for complications, understanding what you can do better to limit them, we together can navigate that a lot better than we could separately,” he said.

Creating an entity with multiple providers means these health care specialists can boast that they serve a larger patient population base. And that’s already meaningful for getting more access to studies that investigate the efficacy and safety of medical devices or treatments.

More resources are also needed for expensive new technologies. Zabinski said robotics have been introduced in orthopedics that show benefits for patients, but the technology is expensive. Being associated with a larger group, he added, allows practices to negotiate for more of these tools and deliver them to patients on a cost-effective basis.

Of course, it’s these same trends that have persuaded private practices to find merger partners among the state’s collection of ever-expanding health systems.

Zabinski will tell you that he considers being married to one of the state’s sometimes overwhelmed hospitals and health systems to be a mistake. He said it doesn’t give the employed orthopedic surgeons much breathing room — however many resources a system may offer.

“As the brand gets more diluted as they spread across the region, my concern is the care does, too,” he said. “With that dilution of talent and ideas, plus the reality of patient care that might be compromised over time, I wouldn’t be surprised to see those physician practices that have joined these conglomerates realize that it’s not all that they thought it would be.”

Depending on how untenable those arrangements end up, Zabinski argues the result could be this: Private practices that entered agreements with health care systems decide to exit them.

Then, hopefully, he said, they come looking for a home with a group like his.

His view is that, now more than ever, high-quality orthopedic care is being jeopardized by private equity groups becoming nonmedical managers of what occurs in a medical setting after acquisitions.

“It turns orthopedic surgeons into just financially driven cogs in the wheel,” Zabinski said. “That’s what makes what we’re doing so powerful, by not being aligned with some hedge fund or conglomerate, we’re allowing like-minded practices rooted in the community to continue bringing the same level of care they were built on.”

When Zabinski speaks of this new endeavor, he talks in terms of legacies.

For him, it represents protecting a level of care for both today and tomorrow’s patients.

“I want my grandchildren to get the same level of care I enjoyed,” he said. “I don’t want it to be something difficult to obtain, where access to specialists is limited and time-consuming. That’s why I’ve wrapped my arms so tightly around this.”