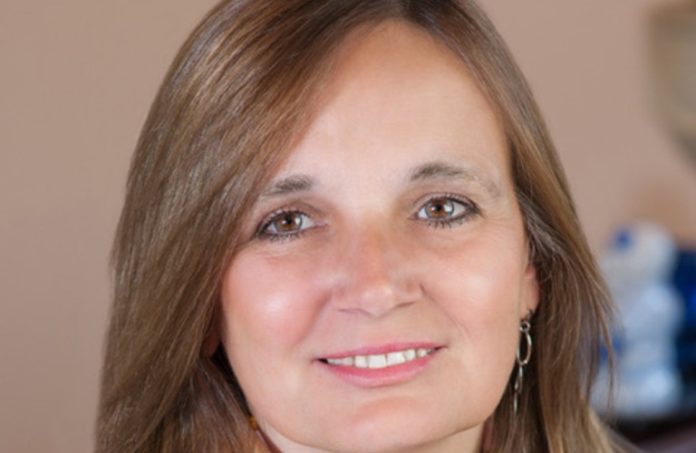 Gov. Phil Murphy and first lady Tammy Murphy become eligible this week to get a COVID-19 vaccine. The governor said last week that they will go online like everyone else and look for an appointment. He should be saluted for not cutting the line. And, if the couple truly does look for their own appointments, they should be prepared for an ugly realty. They quickly will realize what millions of Jerseyans already have discovered: The vaccine appointment system is a mess.

Yes, New Jersey has vaccinated a great number of residents — a higher percentage of its population than most. Yes, the state has been able to allocate a great amount of the doses it has received. But the system didn’t need to work like this. As a member of the executive team at HealthLink Advocates — a group that spends its days trying to help others navigate the health care landscape — I can tell you it’s been a disaster, especially for the older residents we often serve.

Residents have been chasing appointments in the same manner many of us used to go after concert tickets: Hitting the refresh button for hours — hoping and praying that they get anything —and doing it all at 4 a.m. It led to people from Hackensack going to Rowan University, people from Hunterdon County going to Jersey City, people from Jersey City going to Edison.

We were never able to figure out why the COVID-19 vaccine rollout was handled as such an unorganized, every-man-for-themselves event. With a national and statewide effort in force, this entire roll-out has been a lesson in inefficiency.

There appears to be good news on the horizon. In the past week, more and more appointment opportunities were cropping up daily. This certainly will help with the supply issue — but the rollout still needs help.

HealthLink Advocates is a group of professionals who have added securing vaccination appointments to the long list of services we already provide. Here is how we’re doing it.

Early on in the rollout, we organized and made sure that all of the patients we advocate for — and who met eligibility standards — were registered on the state vaccine portal. After a few weeks of hearing nothing from the state site, we began registering on county websites. Then, very fortunately, we registered on the sites organized by some of the major medical systems such as RWJBarnabas Health and Atlantic Health System. These two sites were terrific. They were proactive in that, even when not offering a vaccine appointment, they kept up communication to make sure that patients knew they were still in line, while asking to confirm that registration requests were still active and they were still in need of the vaccination. Weeks later, they would be the first ones to reach out with appointment offers. Why couldn’t the state site work as well?

After a few weeks without any offers for a vaccine appointment, we went onto the state website/app, located the “book directly with vaccination locations” and got to work. We dipped into the “Test Site Finder” found on the state site, creating spreadsheets listing towns and ZIP codes where the various commercial opportunities were for vaccines. We knew from the state-published list which CVS and Rite Aid sites were listed as vaccine distribution sites. We knew which towns had ShopRite Pharmacies distributing shots, and even a few Wegmans and other smaller pharmacies. The endless search for appointments began.

HealthLinks Founder and CEO Lorie Gardner had real concerns. If we were struggling, having done all this, how would others manage the system?

“The majority of clients that are serviced by HealthLink Advocates are elderly and either do not have computers to make appointments for themselves or lack strong computer skills,” she said. “Part of our strategy was to check these sites as early as 4 a.m. and as late as 1 a.m. — which meant we were not sleeping very much.”

Searching for an appointment has become a lesson in timing, patience and opportunity. More often than not, lists in hand, we would go to the websites and click through, using active ZIP codes to search for vaccines. It is a tedious task. One with many potential pitfalls.

Once one is lucky enough to be accepted into an appointment screen, there are no guarantees you will get to the finish line. It is a matter of putting in pertinent information, including, for many, screens that move you forward to help determine eligibility through the eyes of the state. Once in, you can input ZIP codes over and over until you have a hit. And, once you have a hit — the race is on. Each site is different. Some give you mere minutes to get the personal information in to start the registration process toward an appointment. Others offered very little time, and the appointment would be “taken by another customer” just as you hit “confirm.” For the most part, the sites rarely have appointments available. It is a practice in patience as you click over and over and wait for your luck to change.

The Rite Aid portal is great. You have to get used to the page, as all three sections move forward on one screen, but each ZIP code would give you the 10 nearest stores — expanding your chances. Once you have an appointment, they also give you enough time to progress to the end of the process without losing your shot. Walgreens is not quite as easy. One early morning, I clicked through — only to find that the second appointment would be scheduled in the same session — but no appointments were to be had in that timeframe.

The question is: Are other states doing it better?

We’ve found that it’s far easier in both Pennsylvania and Florida.

Florida was a breeze. Its online reservations have a set time to populate, every Monday, Wednesday and Friday at 7 a.m. Every vaccination site is listed with 100% availability. You can actually watch the percentages decrease. When it is your turn, you know exactly which of the many sites have availability, so precious time is not wasted on trying to book an appointment where there are none. The beauty of this is that you are not fishing. You know what the availability is, and, once all appointments are at 0%, you can try again on the next Monday, Wednesday or Friday 7 a.m. drop. There’s no 4 a.m. searching needed there.

And then, there’s the Montana trick.

CVS has every store in the country listed. We quickly learned that the easiest way to access CVS appointments in New Jersey is to start elsewhere. If you put in a state on the CVS site that does not have an appointment crush, it will get you into the scheduling portal. Billings, Montana, seemingly always has available appointments.

Once you’re in the CVS scheduling portal, you can change the ZIP code/state to New Jersey and it sometimes will lead you to appointments, even when the face of the portal states that there are no appointments available in New Jersey.

At HealthLink Advocates, we naively thought the rollout would be more organized.

Our work has us interacting daily with both private insurance and public insurance, especially Medicare (we are big fans of Medicare). We thought that, as our most vulnerable population is already registered under Medicare Part A (almost every person aged 65 and older), finding and offering appointments to this group would be the most obvious starting point. No one would be left in their apartment alone and waiting. The database would, for the most part, have updated addresses as well as a good idea of health co-morbidities. Once the secretary of health and human services declared COVID-19 to be a public health emergency, we thought the state and federal lines for this database would be merged. That never happened.

The biggest help in all of this was not the government sites, but social media, especially Twitter. Compassion for those unable to register for the vaccine created the opportunity for many grassroots efforts. The Twitter site “@nj_vaccine” was a great resource in finding open appointments. We had many 4 a.m. mornings when we were awakened by the ring of the Twitter bot — a sound that had us soon hunched over computers, trolling the sites for appointments. Twitter was a huge help. Not only were the tweets in real time, but they often included available appointment locations. The aforementioned Twitter site also was a great resource for finding out many of the active county websites.

Why couldn’t the state have organized this?

We need to create a system that does not rely on 4 a.m. wakeup calls. A system that, even when you navigate it, will not result in elderly couples being sent to different locations — or people needing to travel hours for the only appointment site they could find.

And, while the state is expecting large increases in doses — something that will ease the crunch — this is not a one-and-done situation. We almost certainly will need booster vaccine shots going forward.

Here’s hoping we don’t need to wait until the second round of shots to figure this out. Here’s hoping the governor and the first lady will log on themselves and try to navigate the state system. Then, they’ll experience what millions of others in New Jersey have experienced — a rollout marred by inefficiency.

Doris Zito is an insurance advocate at HealthLink Advocates, a Chatham-based firm that helps people navigate the health care system.

Don’t be fooled: Certificates of Insurance are not as valuable as...