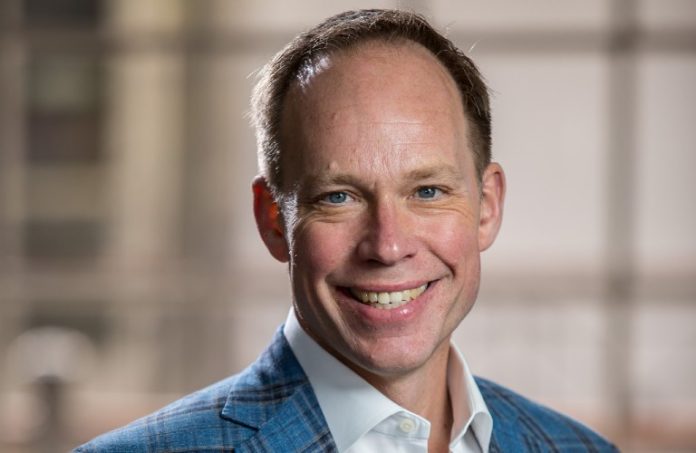 Industrial real estate is doing well enough for Clark Machemer to hear from old friends about it.

When Machemer finished college and dove headlong into a real estate career in the ’90s, none of his peers, the industry’s then-fresh recruits (and today’s 30-year veterans), were headed for a career in the industrial side of the sector.

Tenant demand for industrial space has been on a years-long climb. At the same time, the pandemic has given rise to a new investor interest in this piece of the real estate pie, while also deepening suspicions about the continued appetite for retail and office space.

Local industrial has been a safe haven in real estate amid uncertainty in other sectors. Longtime real estate investors, experts and even upstarts all believe the demand for it is only going to grow.

It’s a trend driven by a variety of factors, including — and especially — events on the other side of the globe. Taking something like the Suez Canal’s stuck (and later freed) cargo ship as an example, Machemer said a disruption of that magnitude can have a massive impact on demand and costs even in local markets.

That’s all based on the fact that companies aspire to a “just in time” logistics model. In short, they don’t want to be sitting on inventory any longer than they need to, and count on there being a continuous movement of goods across global distribution networks to get products into consumers’ hands as soon as possible.

But, when obstacles come up — such as a massive ship lodged into Egypt’s global trade hub — the best way to alleviate the supply chain disruptions locally is simply to have more inventory available in local warehouses than a week’s worth, given what 2020 showcased about all that can change from one week to the next.

Being more prepared for disruptions in the movement of goods means having more space locally for products moving through the supply chain.

That’s heating up an already-hot market.

Adam Petrillo, executive managing director in real estate advisory firm Newmark‘s Industrial Advisory Group, said the demand due to the swelling of e-commerce in the industrial market has spread across port-accessible New Jersey and a large swath of surrounding states, pushing to farther-out developments as prices and developable land constraints limit local opportunity.

“And, in the past six to seven years, and particularly in the last year, we have a ‘super-region’ in the area acting as singular organism,” Petrillo said. “There aren’t the gaps there used to be between what were once submarkets (across the Tri-State region).”

What affects the entire region’s demand for industrial real estate is what Petrillo referred to as the changing dynamics of consumption.

“Consumers no longer have to go to retail outlets to pick goods up, so less retailers are breaking down pallets and those products are delivered in smaller packages or parcels directly to homes from warehouses and distribution centers,” Petrillo said.

Particularly during the pandemic, the slowdown (and, for some time, total shutdown) of retail stores meant inventory that was being handed off to retailers had to sit in warehouses instead. Consumer demand didn’t slip during the pandemic, either, Petrillo said — it went up.

There’s a limited number of industrial facilities built to support the additional capacity suddenly needed — and minimal land left to develop new spaces on. At warehouses, logistics and distribution facilities that are already equipped for today’s supply chain needs, there has been a knock-on effect of rising rents.

Petrillo said asking rents have gone up double over the past year in some key local industrial real estate submarkets. At the same time, Machemer said land values have doubled recently after a 400% surge in the past six to 10 years.

Scott Guo, senior vice president of acquisitions at Wharton Industrial, said the demand on the leasing side from e-commerce companies and demand on the investor side for those looking to diversify portfolios has combined to send costs skyrocketing.

He’s not sure when values might come back down. It’s not likely to happen during the ongoing pandemic.

“COVID has been a big accelerator of this trend,” he said. “One thing that’s interesting to note is that, despite COVID, I haven’t personally seen a lot of moderation in terms of demand from more traditional occupiers of industrial real estate. So, the demand from the new last-mile e-commerce players hasn’t been able to count on an abatement of demand in other areas.”

Even if higher prices might signal lower expected returns for an investor, Machemer said, it’s not enough to scare anyone off.

“If I was an investor looking at all the real estate sectors to find where I can find the best risk-adjusted rate of return, warehouses, logistics and distribution are at the top,” Machemer said. “The office market, as well as retail and hotels, they’re in turmoil, while industrial remains a really dynamic market.”