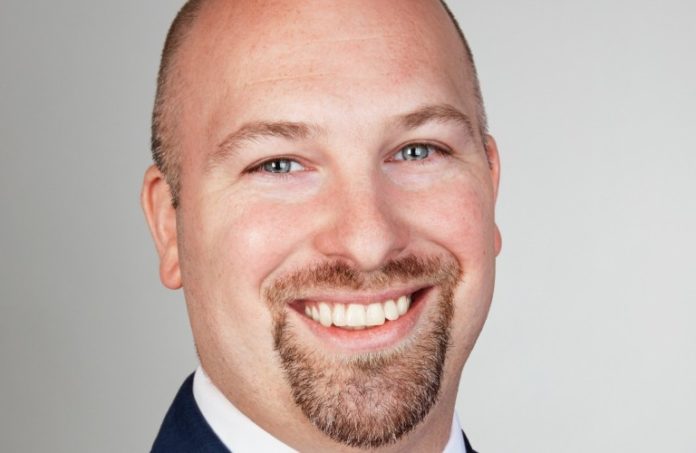 After the trial by fire that has been retail’s experience with the pandemic, it’s evident retailer-landlord relationships have to be reforged, real estate experts say.

Last year featured both real estate landlords in long-beleaguered shopping centers working with retailers — and courtroom battles between the two. Coming out of the other end of that, both parties have new expectations.

Chris Labrosse was on the larger brick-and-mortar retailer side of the equation when the pandemic put limits on in-person shopping activities.

He spent 14 years with the Children’s Place before recently jumping over the fence, and joining a commercial real estate firm. He handled store development and global logistics for the Secaucus-based youth apparel and accessories brand.

Before he left the Children’s Place in August, he said he saw how building flexibility into leases from the get-go could help in a crisis situation.

In slideshow after slideshow, commercial real estate firm websites like that of Keystone Property Group showcase corporate office park amenities, such as modern conference rooms and auditoriums large enough to pack any amount of people in as you’d like.

The company’s office spaces in New Jersey, Pennsylvania and elsewhere have all that and more.

They’re all untouched, sparkling clean and completely empty in the photos … exactly like they were left in real life, when the pandemic hit.

Despite that, Tom Sklow, vice president of development and leasing at the firm, says business has stayed upright in the corporate office park market. In fact, some companies took last year’s uncertainty as a chance to set themselves up in an office space for coming years.

“There are companies that have a good line of sight as to how they’re going to orient office arrangements in the future who can make long-term commitments now and possibly benefit from current market conditions,” Sklow said.

Sklow said the biggest impact in the office market was centered in the larger urban centers that were not only hit hardest by the spread of COVID-19, but required more public transit-oriented commuting and also asked a heftier price than suburban office spaces.

“We believe that suburban office markets recover a lot faster in general from a crisis like this,” he said.

Even with some companies eyeing work-from-home setups as a long-term prospect, Sklow believes there’s a desired return to normal workplace collaboration — as well as some of last year’s lesser-used amenities.

“Especially with the vaccine and companies planning for office reentry, our expectation is there will be a continued flight to quality for companies moving into corporate headquarters over the next 12 to 18 months,” he said.

“Compared to tenants maybe stuck another 10 years in an agreement that might have a difficult time renegotiating leases, we were allowed to pivot,” he said. “It was one of the many ways we were ahead of the game. We also saw the writing on the wall from an e-commerce standpoint early on. We spent a lot of time trying to understand customer dynamics and analytics and building online shopping.”

Labrosse, who serves as senior vice president for Resource Realty of northern New Jersey, now helps other retail tenants analyze what makes sense for them. He believes that will involve a lot more synergy with landlords than was expected in the past.

It’s a matter of survival.

Retail vacancies are up during the pandemic. The average retail vacancy rate rose about 1 percentage point by the end of last year and could rise further by the end of this year, according to real estate analytics group CoStar Group Inc.

Jeff Lucas of Rose Commercial Real Estate in Marlton said that’s been ample reason for most landlords to work with their retail tenants.

“They don’t want to lose them and lose even more money in the long run,” he said. “If you have 10 storefronts — three vacant and six not paying rent right now because they can’t afford it, you’re better off keeping those six to perhaps get additional tenants in the three vacant stores.”

It’s no secret that retailers were struggling to maintain their real estate footprint with e-commerce competition even before the pandemic. Some landlords and mall operators have taken that as a sign it’s time to find a new class of tenant.

Lucas pointed to one of the more high-profile examples: The former Sears store at the Moorestown Mall becoming a Cooper University Hospital outpatient facility.

“Truthfully, I expect it’ll probably bring in more people for shopping there than Sears ever did,” he said.

Lucas said Rose Commercial Real Estate is having a banner year in terms of income — and none of it is traditional retail. It’s medical, educational, public storage and senior care facilities driving the market for it.

He’s not too optimistic about traditional brick-and-mortar retail. His go-to joke when asked about it is, “How many times can you find the letter f in the word ‘retail’?”

There’s no f in retail, of course. And that’s what he’s trying to tell you.

“We’re just not seeing anyone actively seeking out strip center opportunities,” he said. “But there is an expression we use, ‘Amazon-proof,’ to talk about retail that won’t be delivered by Amazon. Hair salons, dog groomers and other experiential businesses fit that.”

Labrosse isn’t quite as down on the sector, particularly those experiential retail stores that had their business interrupted over the past year.

Prior to pandemic, you had everyone moving to more experiential retail to drive traffic to shopping centers. The pandemic threw a wrench in that.

“But there are going to be creative retailers that find ways to get people through the door,” Labrosse said. “And landlords, they’re more invested in helping them accomplish it and capitalize on the traffic that does come in.”