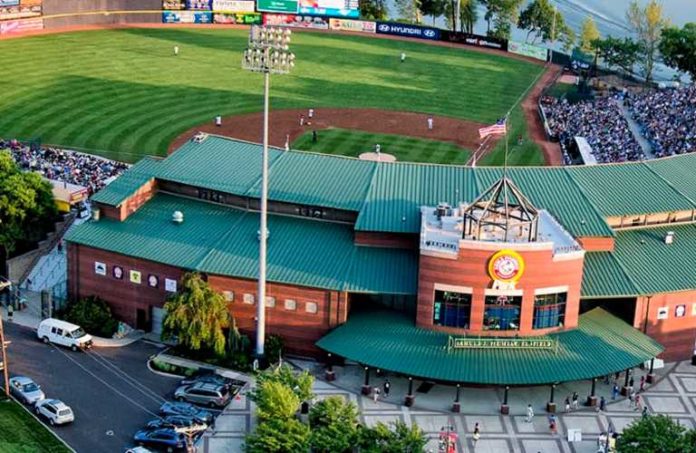 Minor-league baseball is returning to Trenton — at least for a bit.

The leaders of the Trenton Thunder organization announced Friday morning that the Buffalo Bisons, the Triple-A affiliate of the Toronto Blue Jays, will play their home games in Trenton during 2021.

The Bisons’ home opener in Trenton is scheduled for May 4.

Buffalo needed to find a new park for this summer since the Blue Jays themselves — due to COVID-19 travel restrictions in Canada — will play their home games in Buffalo.

“After 27 years serving as the Double-A home of the Detroit Tigers, Boston Red Sox and New York Yankees, we are excited to welcome the highest level of minor league baseball to New Jersey,” Hurley said. “We look forward to working with the Bisons, Blue Jays and Major League Baseball to make this a successful season start.”

Plumeri said the stadium will be a showcase for future Major League Baseball stars.

“Our family of fans will be able to root for future Blue Jays big leaguers against the top prospects from the Phillies, Yankees, Mets, Red Sox and Nationals, while enjoying the beautiful setting along the banks of the Delaware,” he said.

The Bisons will not be the only team playing in the stadium. Trenton announced earlier it will be one of five cities to host games in the MLB Draft League, a wood-bat league for top prospects.

The teams will play a 68-game regular season that includes an all-star break that would coincide with the draft in early July.

“The county’s investments in the stadium in conjunction with Thunder management have ensured that it remains a first-rate facility for players and fans alike, and we look forward to another exciting summer at the ballpark,” he said.

Chamber of Commerce ranks 2 N.J. cities in its ‘Best Small...

Ties that bind: 3rd-gen bookbinder keeps legacy in mind even as...