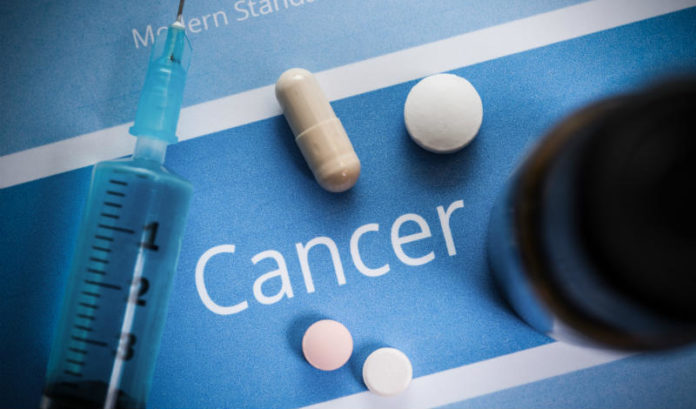 Things to ponder during cancer research.

These are the types of questions the Princeton University branch of the Ludwig Institute for Cancer Research — announced Tuesday morning — will attempt to answer going forward.

The Ludwig Institute is an international collaborative network of acclaimed scientists that has pioneered cancer research and landmark discovery for 50 years. Its goal is to combine basic science with the ability to translate its discoveries and conduct clinical trials to accelerate the development of new cancer diagnostics and therapies.

The Princeton branch will be the first to do studies that revolve around cancer metabolism.

The branch will focus on three main areas: dietary strategies to prevent and treat cancer; how bodies inadvertently support tumor growth and metastasis; and the interplay between a patient’s metabolism, gut microbiome and anti-cancer immune response.

Joshua Rabinowitz, a professor of chemistry and the Lewis-Sigler Institute for Integrative Genomics at Princeton who specializes in cancer and metabolism and will serve as director of the branch, said the impact of diet is huge.

“Diet is an overlooked therapeutic strategy that can either help turn on an immune response or work with classical drugs to make them work better at treating cancer,” he said.

Rabinowitz said the researchers plan to run diet trials that are both scientifically rigorous and immediately beneficial to patients.

“Pharmaceutical companies won’t typically pay for those,” he said. “Hopefully, we’ll be engaged in multiple trials of this sort, both locally and taking advantage of the best-in-world clinical investigators, wherever they may be.”

Rabinowitz, using information gained by research at the branch, said he hopes to be able to provide targeted nutritional advice for cancer patients within the next decade.

“People know they need to try to stay nourished, but they really get no detailed guidance,” he said. “For example, a lot of patients are told to take fish oils, because fish oils are viewed as good fat. But there’s also both experimental and clinical evidence that polyunsaturated fats like fish oils accelerate the growth of certain tumors.

“So, here you have dieticians giving very generic health advice to a set of patients who have a really specific health problem, and they probably need quite different advice. Perhaps they need to be told, ‘Skip the salmon, go have some butter and steak.’ I’m not saying we’re there yet, but that’s where I want us to get.”

Eileen White, a distinguished professor of molecular biology and biochemistry at Rutgers University, will serve as the associate director. And Yibin Kang, Princeton’s Warner-Lambert/Parke-Davis Professor of Molecular Biology, will serve as a principal investigator and founding member of the branch.

Rabinowitz said the branch will open new educational and research opportunities for postdocs, graduate students and undergraduates at Princeton.

“Cancer is a disease that touches so many of us,” he said. “From Princeton undergraduates to the grad students and faculty, I think we all appreciate the importance of this problem, and we’re all motivated to bring our expertise to bear on it. One thing that I really want to do is catalyze the application to cancer of technologies where Princeton is the world leader.”

Wolf joins board at Samaritan