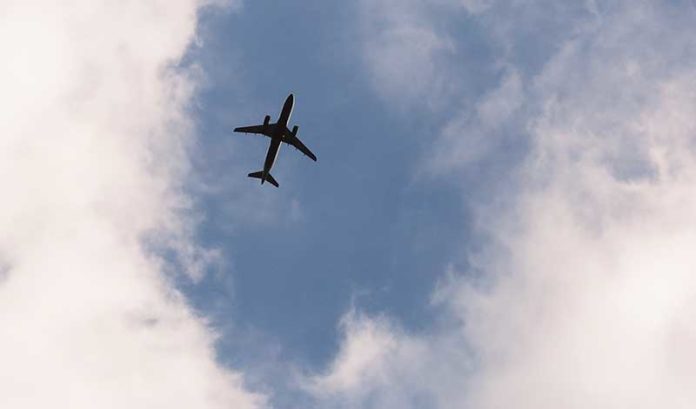 As the largest purchaser of sustainable aviation fuel of any airline in the world, United Airlines has long shown its commitment to lowering its carbon emissions. The airline has set a goal of reducing its greenhouse gas emissions 100% by 2050 — and it’s even looking into electric planes.

Tuesday brings a most unusual request: United is asking for companies and consumers to contribute to the cause. Simply put, it’s asking for money.

This may seem like a curious move in an industry where customers are known to shop for the cheapest price — regardless of flight times or connections. But United is confident it will find partners. In fact, it already has found 11.

When the airline unveiled its new United Eco-Skies Alliance Program on Tuesday morning, it did so with buy-in from companies such as Nike, Siemens and Deloitte.

United CEO Scott Kirby said the program is an example of United leading on one of the two issues it values most (the other is diversity, equity and inclusion). He feels it’s the right program at the right time.

“One of the things that I personally realized, even more strongly as we went through the (pandemic), is that United is a high-profile brand,” he said. “And, because of that, we’re in a unique position to do more than just be a great company, to do more than create good jobs, to do more than earn a return for shareholders.

“We’re actually in a position to lead and make a difference in the world.”

Kirby, on a media call last week, said the airline has not done any studies to determine the willingness of companies or people to participate, but said he’s heard from enough passengers to know climate change is an issue of great concern.

And Kirby said the initial industry response shows there is interest in the corporate world.

A for-profit company seeking donations may be a tough ask, but Kirby feels this is a tough issue. United is serious about being 100% green. More importantly, Kirby said the company does not want to get there by using offsets — which means the company would essentially buy or trade for a top grade.

Using more sustainable fuel is the only way that can happen. And, since it currently costs two to four times that of standard fuel, there is an increased cost — one the airline doesn’t want to pass on to every customer.

“What sets United apart from some other companies is when we’re talking about things like diversity or climate change, it’s not marketing, it’s not talking, it is action that we are focused on,” he said. “I think one of the most groundbreaking and important contributions fighting climate change was our being willing to make our 100% green announcement and step forward and say, ‘While we know that aircraft are never going to be completely decarbonized, we’re not going to use offset as the way to get to 100% green.’”

The global corporations that made the initial contribution will collectively contribute toward the purchase of approximately 3.4 million gallons of sustainable aviation fuel this year. With its nearly 80% emissions reductions on a lifecycle basis compared with conventional jet fuel, this is enough SAF to eliminate approximately 31,000 metric tons of greenhouse gas emissions, or enough to fly passengers over 220 million miles, United said.

No companies based in New Jersey are in the initial group, but the airline said the program obviously is open to any and all companies that want to participate. A spokesperson also indicated that the airline would begin reaching out to corporate customers of all sizes.

And, before you think it’s a crazy ask, ask yourself this:

This is a brilliant play. And it plays at the individual level, too.

United, one of the 10 largest employers in the state, uses Terminal C at Newark Liberty International Airport as its main hub in the region and flies more New Jersey passengers than any other airline. United is giving customers the ability to contribute funds for additional SAF purchase, too.

Here are the 11 initial companies contributing to the United Eco-Skies Alliance Program:

And, while it knows this will not be the revenue-raiser it is hoping corporations will provide, there are other ways individual customers can help the cause.

For starters, there will be a PayPal-like option where individuals can insert their credit card information.

Then, there will be a function where customers can type in their ZIP code. When they do so, their elected officials will automatically be populated into a template that they can then send to their members of Congress and others to advocate for climate policies that support a future sustainable aviation.

Riley also said individuals will have two options for how their money is spent. One can go directly to the purchase of fuel; the other will send their money to United’s research & development team. This possibility excites Kirby.

“Instead of just directing their funds toward purchasing a number of gallons to offset their own flying with sustainable aviation fuel, (we’re) actually allow them to direct that money towards our research and development, investing in startup companies, companies that are working on innovative new technology,” he said.

“There’s a long way to go to make sustainable aviation fuel viable, economically possible and scalable to the point where it can make a real difference. And that’s going to require a lot of R&D support, a lot of work to build the economies of scale and drive down the cost curve. And so, we’re going to give customers the option to do that as well.”

All of this goes back to the original question: Will companies and customers be willing to pay extra to help United Airlines become more sustainable? Kirby is confident they will. For one big reason.

“This is real,” he said. “Unlike some of the carbon offset programs that you see in other locations, it is a real reduction, a real impact on climate change.”